The North American Aviation P-51 Mustang is an American long-range, single-seat fighter and fighter-bomber.The P-51 is widely regarded as the finest all-around piston-engined fighter of World War II to be produced in significant numbers. 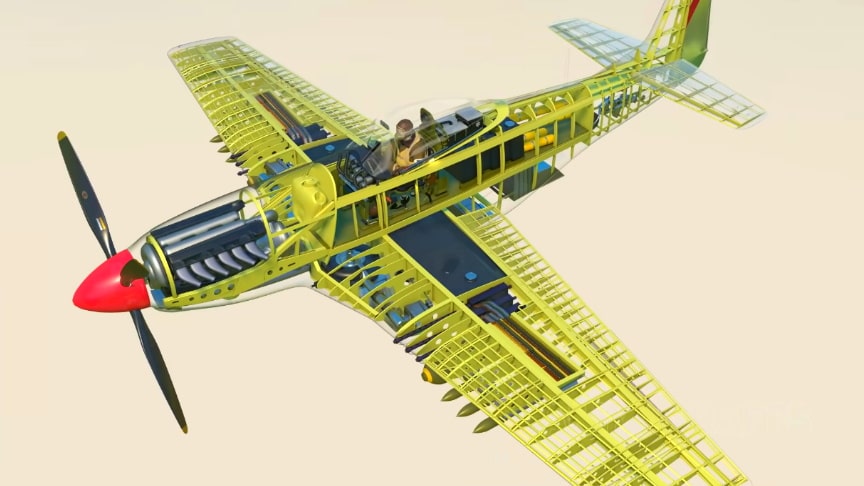 The Mustang was designed to use the Allison V-1710 engine, which had limited high-altitude performance in its earlier variants. Take an in-depth look inside a North American P-51D fighter plane from the World War II era.

Replacing the Allison with a Rolls-Royce Merlin resulted in the P-51B/C (Mustang Mk III) model, and transformed the aircraft’s performance at altitudes above 15,000 ft without sacrificing range,allowing it to compete with the Luftwaffe’s fighters.

The definitive version, the P-51D, was powered by the Packard V-1650-7, a license-built version of the two-speed, two-stage-supercharged Merlin 66, and was armed with six .50 caliber (12.7 mm) AN/M2 Browning machine guns.