A new drone UAS (unmanned aircraft systems) from the NIMBUS Lab at the University of Nebraska can fall out of a plane, parachute down, fly to a certain place, lands into dirt, sand, or clay, as it is equipped with a drill and digs a hole in the the ground. 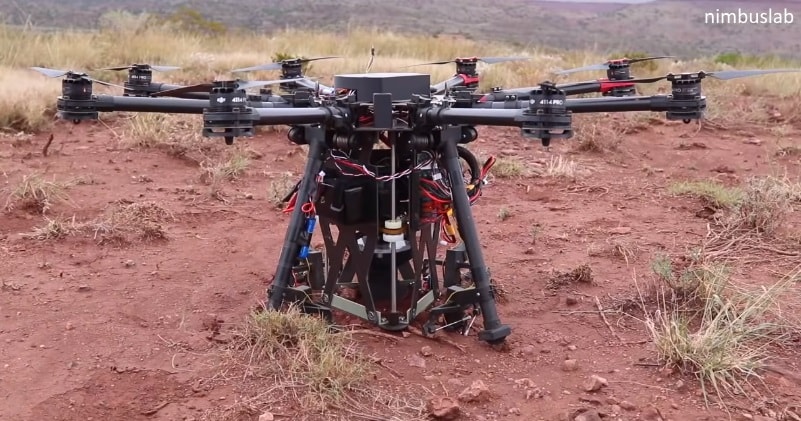 Video showing experiments where our UAS (a highly modified S-1000) is carried by a larger UAS. We are then dropped off, parachute down in a capsule, release the capsule, unfold our UAS, fly down, and then dig a hole in the ground.This video from NIMBUS Lab demonstrates how this drone system works:

“An additional challenge is being able to quickly determine if a digging evolution will succeed or not. Due to the finite amount of energy available to system from its batteries and the fact that flying and digging consume the majority of that energy.”

“Rapidly deciding that sensor emplacement is not feasible will allow for UAS repositioning to another location where an additional digging attempt can be made. We have developed a first-of-its-kind decision making algorithm using a Markov decision process to solve this problem.”read more: nimbus