A glowing image resembling a futuristic hologram floats in mid-air. This is a 3D volumetric display. Using a tiny particle suspended in laser light, researchers have been able to create high resolution, colour images that take up real 3D space.Developing this technology could lead to the kind of complex, interactive displays common in science fiction. 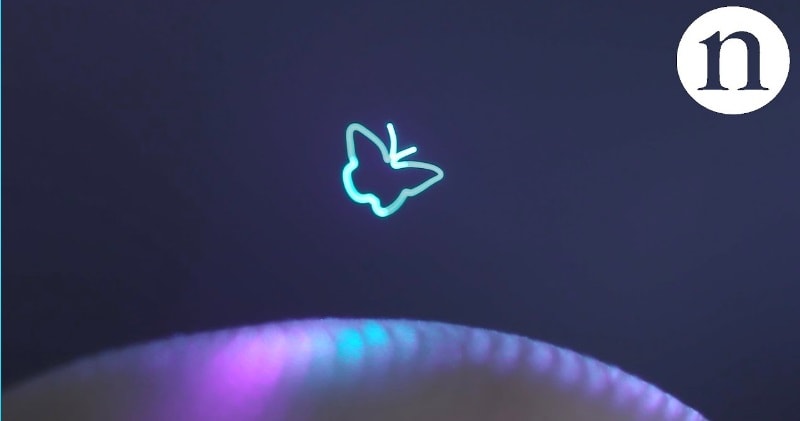 This is a technique that is controversial and which when combined with graphics that are computer generated, had been used at the 2012 Coachella performance to bring Tupac back to life and at which Michael Jackson was seen to make an appearance at the 2014 Billboard Music Awards./disclose.

One of the biggest advantages of the technology is that it gives a viewing experience in complete 3D instead of being projected onto a surface in 2D. This means that the viewing angles are not limited and it is not static.

The technology works by using a single particle of plant fiber cellulose and using lasers to heat it unevenly. This means that it may be pushed and pulled in a pathway. More lasers project green, red and blue lights onto the particle and if it can move quickly enough, it then appears to the human eye as being a solid animated line. This is because the eye of the human is not able to discern images that are moving faster than 10 per second.