CAR ENTHUSIAST Corey Jones is back with his biggest build yet – a 2017 Dodge Challenger with a giant set of 34-inch wheels. 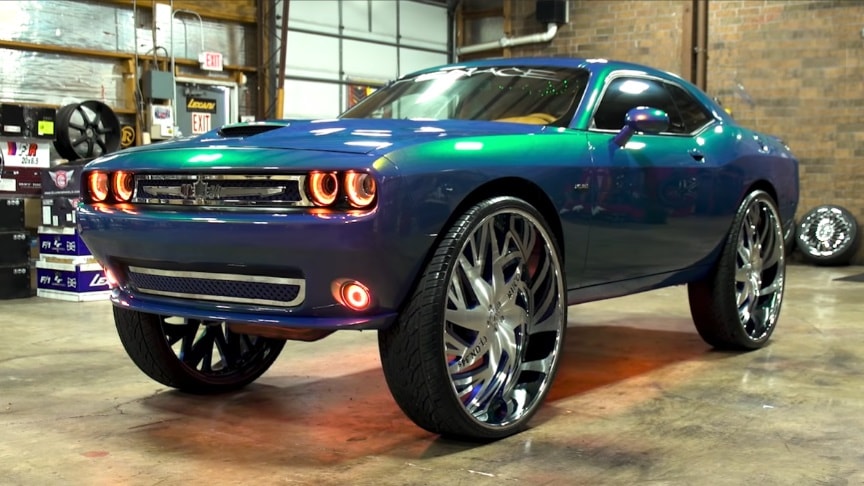 Over the course of eight months, Corey worked tirelessly to finish his masterpiece that boasts a metallic blue exterior and multi-coloured LED lighting.

A custom ‘peanut butter’ interior helps to take some of the shine off the colossal rims that Corey has personalised with his logo ‘CJ_ON_32S’.

Corey, who resides in Illinois, has managed Crusader Customs for more than 10 years, building a variety of ‘crazy’ vehicles that he shows off on his successful YouTube channel. But a ride with 34” rims is something even he has never achieved before.via: Barcroft Cars