Portal – a bridge to the united planet aims to unite humanity by building a network of virtual bridges built in different continents and by accelerating a sense of global unity in a tiny spaceship called Earth.There are plans to add portals in other cities in the future, organizers say. The portal is a joint project with the Benediktas Gylys Foundation, the City of Vilnius, the City of Lublin, and the Crossroads Centre for Intercultural Creative Initiatives. 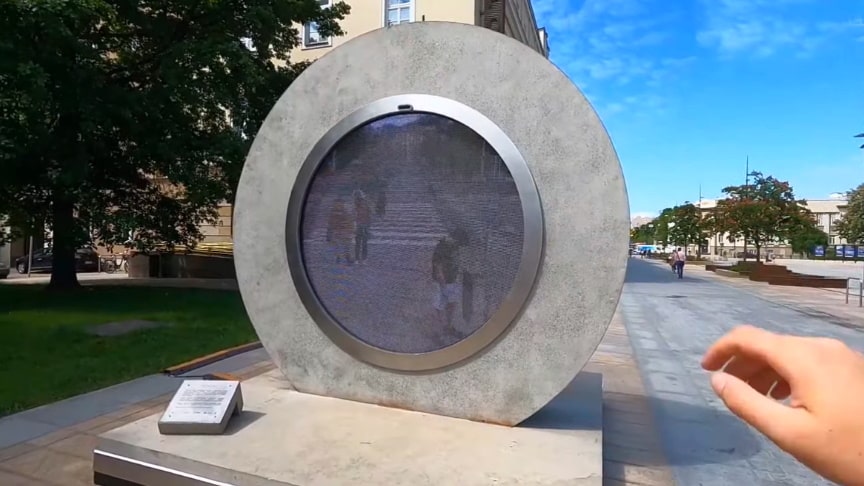 There are currently 2 portals, one is located at a major train station in the city of Vilnius, Lithuania and the other is located in the main city square of Lublin, Poland, and the two portals are 376 miles or 606 kilometers apart from each other.Each portal has an LED screen, is made out of concrete and weighs 11 tonnes, and can operate24 hours a day, 7 days a week day or night, in all weather conditions.

They chose a circle for the portal, because it is a well-known and recognised sci-fi symbol, for the visual of a bridge between 2 locations, just like a stargate.

Despite the portals being more then 600 kilometres apart, pedestrians in each city, can stop and wave to each other in-real time as they walk by.The futuristic real-time portals have been installed in public places with heavy foot traffic, simply designed to broadcast live feeds from one city to the other.Wonder World