Prop powered 727 from August 20, 1984. It was called the 7J7 with an unducted fan. Boeing dropped the idea.The Boeing 7J7 was a short- to medium-range airliner proposed by American aircraft manufacturer Boeing in the 1980s. 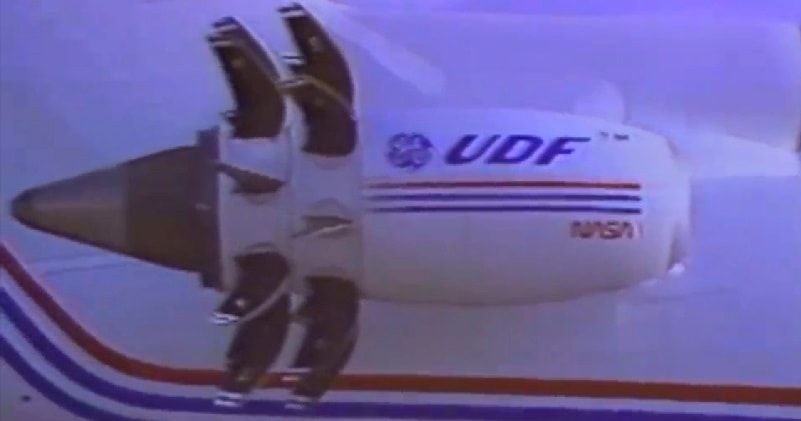 It would have carried 150 passengers and was touted as the successor to the successful Boeing 727. This was intended as a highly fuel-efficient aircraft employing new technologies, but it was postponed indefinitely as the price of oil dropped during the 1980s.

Although the engine demonstrated an extremely low specific fuel consumption, cabin noise levels were a problem, even though the engines were mounted at the rear of the test aircraft.However, the noise was not considered an insurmountable problem./wikipedia