In this video you’ll see the ultra-rare Koenigsegg Agera One of 1, I filmed during the 2020 Supercars Owner Circle in Gstaad. The car is the first of just three Final edition cars that have been built to celebrate the end of Agera production. 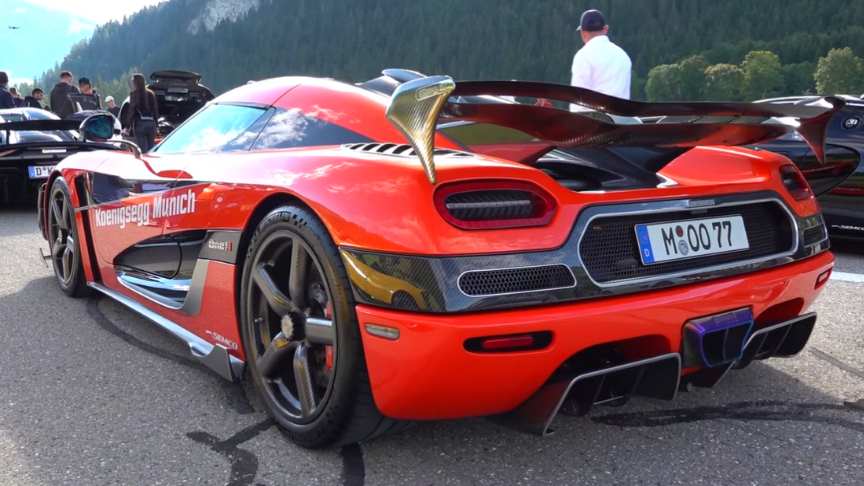 In the case of the ‘One of 1’, the customer wanted an Agera that would be as close to a One:1 as possible in performance terms, while retaining the roof window, stowable roof and full luggage space.

The One of 1 has exactly the same power output as the One:1, which means that the 5.0 liter twin-turbo V8 engine produces an insane 1360 horsepower.

The transmission is a 7-speed dual clutch paddle shift as used in other variants of the Agera.The car is track focused as opposed to the previous cars made by Koenigsegg. Koenigsegg had to sacrifice a few things to be able to achieve their goal with the car./wikipedia