The Lockheed F-104 Starfighter was a single-engine, supersonic interceptor aircraft, created as a day fighter by Lockheed.The F-104 served with the USAF from 1958 until 1969, and continued with Air National Guard units until 1975. 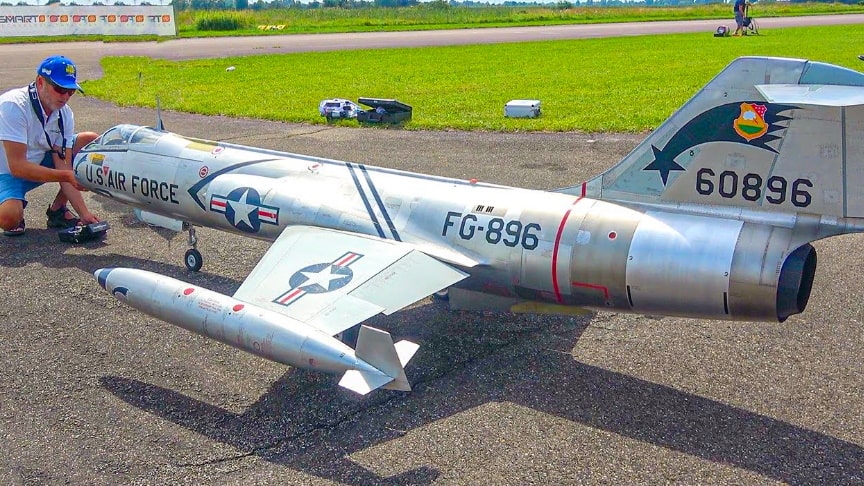 In this video we have a Huge 1:4 RC Scale Turbine Model Jet Lockheed Starfighter F-104 Turbine model Jet, over 4.20 meter long with a wingspan over 2.5m.The airplane is powered by a JetCat P400 Pro turbine engine (thrust: 40 kg) and it has a take off weight around 39kg.

This aircraft is quite a surprise at the flying field because it flies much more stable than it appears it can.Despite its tiny wings, the F-104G Starfighter is remarkably easy to fly. The big size and the modified airfoil give this spectacular model an unprecedented stability and realism.

The airplane can reach top speeds of 90mph, land at 20mph, and fly for four minutes with mixed throttle.Many RC pilots build and fly these large scale RC airplanes just because it’s awesome to fly a huge airplanes! The pilot of this airplane is Trond Hammerstad at the Horizon Airmeet 2021, Genderkingen, Germany event./DIGITAL RC