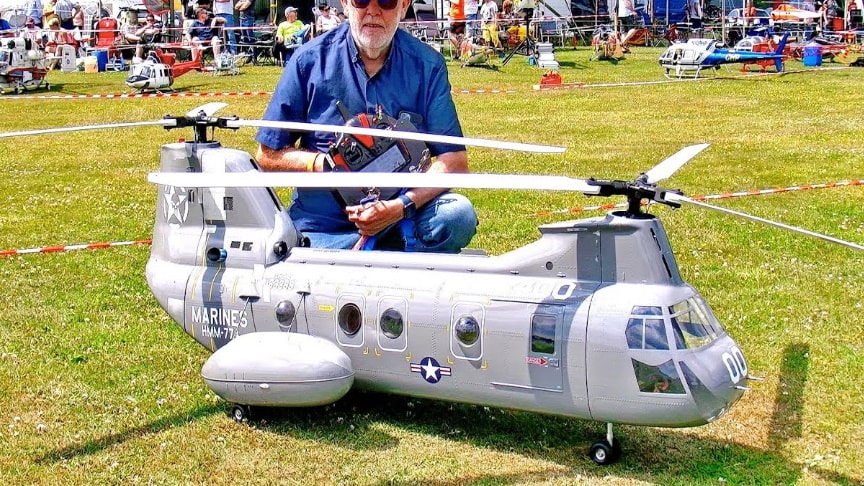 This World First is a fantastic introduction to real function R/C helicopter flight and will earn a unique place in every pilot hangar. Flight stability is outstanding – 2 co-axial systems provides a degree of stability that newcomers in particular will find ultra-reassuring!

This giant model has a rotor diamater of 2 x 2.0m with a lenght of 2.25m and a take-off weight of 24kg.The helicopter is powered by two turbine engines. The pilot of this helicotper is Martin at the 1RC Scale Helidays by Francis Paduwat in Belgium MCBB – Model Club Basse Bodeux “June 2022” event.

The fuselage was completely self-made, as was the mechanics. The model has perfect flight characteristics.The sound and the flight image is unique. A great helicopter./RC MEDIA WORLD