The Sikorsky R-5 other designations: Sikorsky H-5, S-48 or S-51 was an American multipurpose helicopter from World War II and the post-war period. The flight of the prototype took place in 1943, and the machine was put into the line in 1945. 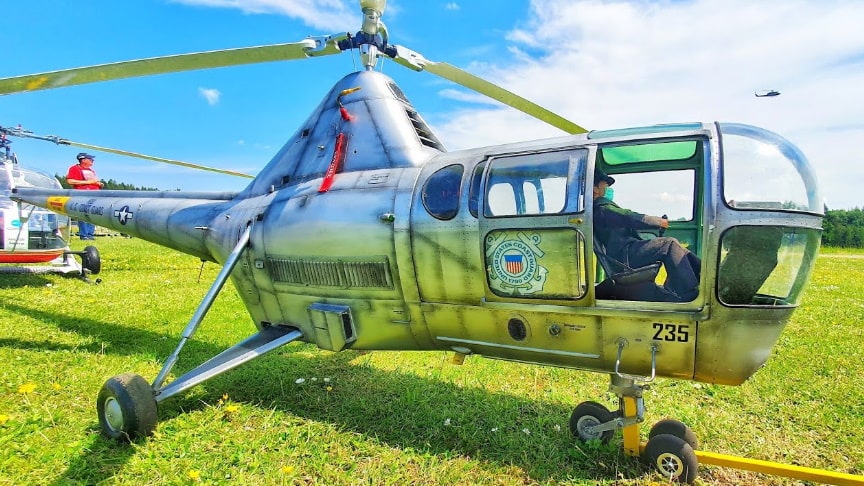 The drive was provided by a single Pratt and Whitney Wasp Junior engine with 450 HP. The hull length of this machine was 17.4 meters, and the main rotor diameter was 14.63 meters. The maximum take-off weight oscillated around 2,200 kilograms, and the maximum speed did not exceed 175 km / h.DIGITAL RC

This RC Sikorsky Ho3s-1g helicopter is a scale of around 1:4 and has a rotor diameter of app.2.5m, with a length of app:2.80m, the take off weight of the helicopter is 25+kg.The 3-blade rotor is powered by a two stroke 50cc gasoline engine.The cockpit in precisely the right location and the mechanics are built into the engine compartment just like in the full scale version.

The main body of the helicopter is die cast metal.This models is a truly work of art, representing countless hours and immeasurable energy and resources spent ensuring that as many granular details as possible to accurately reflect the original.