60s were a crazy period for Soviet aviation industry. With Stalin’s death and Khrushchev’s missile obsession, almost every bureau in the USSR was working on a daring new design that would accommodate new military aviation doctrine and get those sweet government funds. And then there were young or inexperienced engineers fresh out of college, not being able to participate in huge projects because of the time restraints and importance of success, who just sat around. 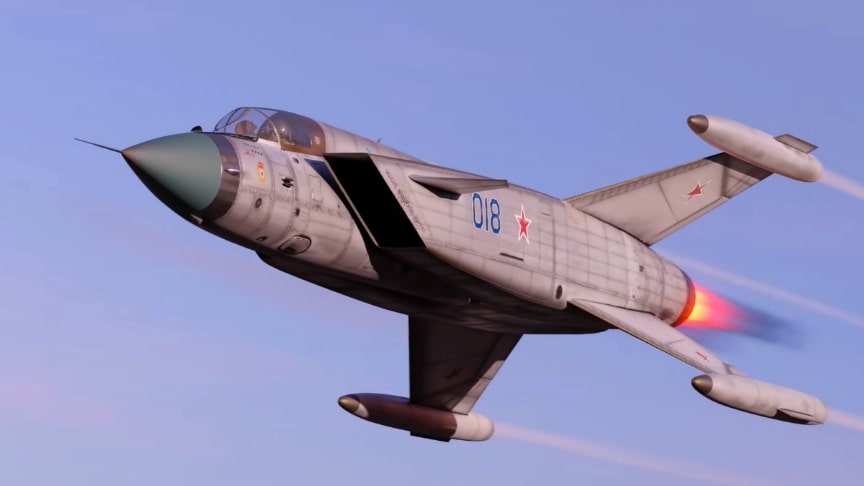 One of them was Rolan Martirosov, Sukhoi bureau engineer who decided to do something about it and gathered a team of colleagues to work on a completely new design in their spare time. Their work started by using the fuselage similar to the one of Su-15 interceptor, with large canards to help with steering and maneuverability mounted on top of D-shaped intakes, however this design didn’t work out and they switched to intake design similar to the one on MiG-25..//Found And Explained

Fuselage would have 4 wings positioned in X shape with integrated fuel tanks mounted at the end of each of the wings and some sort of landing gear or shock absorbers at the bottom. Each of the wings would have a rudder that could actually work as both rudder and aileron during the flight and help the pilot steer the aircraft. Additional canards were mounted in the front of the air intakes to help with the stability during flight.

Aircraft would’ve been powered by 2 engines, which would provide enough power for vertical take off and flight with such an unorthodox design. After creating several scale models and completing wind tunnel tests, a team of young engineers prepared all the documentation and had the feel that this could actually work out for them./Found And Explained