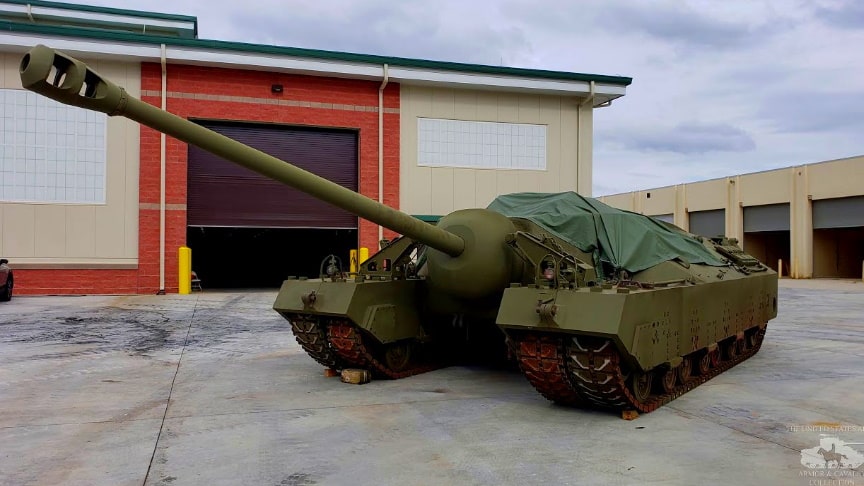 The T28 had been originally designed in World War II as an assault tank specifically made to take on the German defenses along the Siegfried Line. With that in mind, it was armed with the powerful T5E1 105mm main gun and had an impressive frontal armor of 12 inches (not counting the gun mantlet armor on top of that).

Due to its weight, the T28 featured extra sets of tracks to properly distribute its mass. To allow the vehicle to be transportable by rail, boat, and truck, the outside tracks were detachable and could be towed behind the T28. Once near its objective, the T28 was capable to attaching its own tracks without external assistance within only a couple hours.

Only two T28s were produced, and neither ever saw combat as the war ended before they were complete. Both served in important roles as test and evaluation platforms. One T28 was sent to the Yuma Proving Grounds to test new floatation bridges around 1947 but suffered a severe engine fire and was scrapped. The sole surviving T28 was eventually declared obsolete and sent to serve as a test weight for the Mobility Equipment Research and Development Center (MERDC) at Fort Belvoir, Virginia.via/read more:The U.S. Army Armor & Cavalry Collection