Code-named the “Elektron Coupé” or “Competition Coupé” at launch, this Bugatti prototype had a very short existence. It was finished around the end of July 1935 and only four months later, it made its first public appearance at the Paris Motor Show. The car was a faithful recreation of Jean Bugatti’s stunning Art Deco inspired “SuperProfile coupé” design, but due to its seemingly bizarre shape, the vehicle has brought attention to a very limited audience, thus there were only four Atlantics built the years after.wikipedia 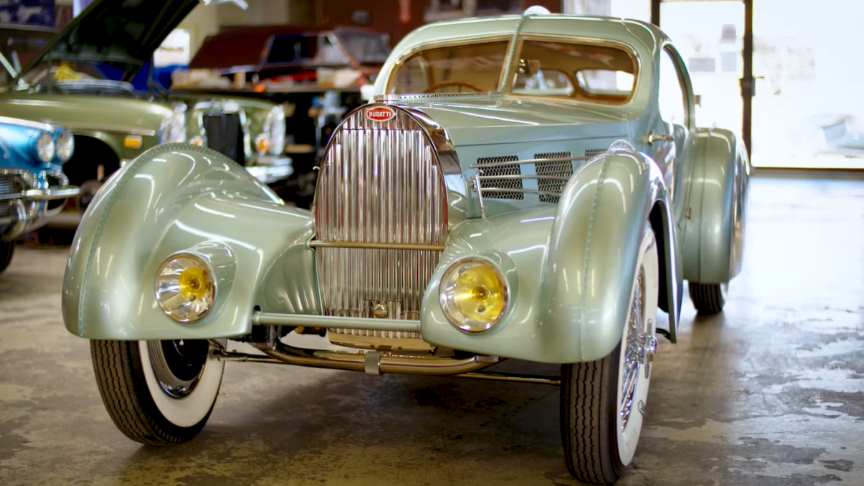 A few people, however, had the chance to sit in the vehicle next to Bugatti race driver William Grover-Williams while he offered them a “quick” tour of Paris and were surprised by the vehicle’s performance and looks, so they called it “La Aérolithe” after the phrase “Rapide comme une aérolithe” (“Fast as a meteorite”), a name that was later adopted by Bugatti.

AFTER vanishing off the face of the Earth in 1936, with no clue as to its whereabouts, the one of a kind Bugatti Aerolithe has been rebuilt.

Following its disappearance, all trace that the car ever existed lay in just a few photos and some blueprints of the brake pedal and radiator grill. These clues were all that were required for David Grainger and his team to rebuild the car to its exact dimensions.