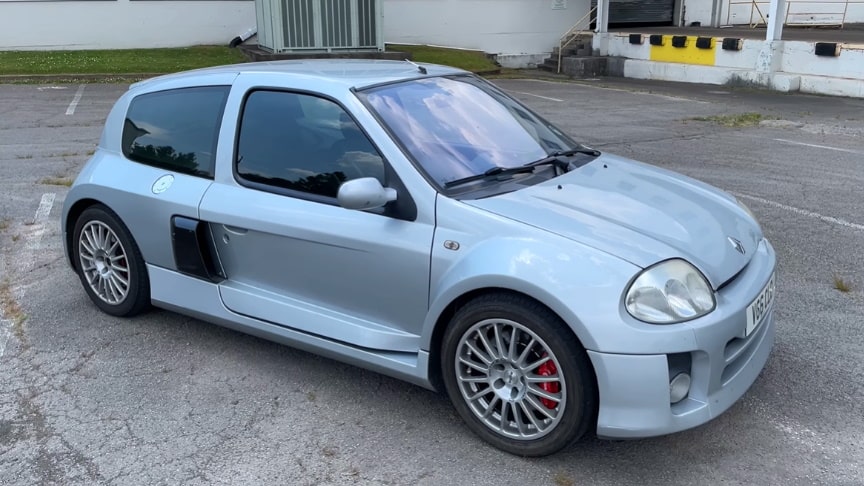 The Clio V6 was based on the Clio Mk II, though it shares very few parts with that car. The 3.0 60° V6 ES9 engine, sourced from the PSA group was upgraded to around 230 PS (169 kW; 227 bhp) and placed in the middle of the vehicle where standard Clios have rear seats – making this car a two-seater hot hatch.

In order to accommodate the radical change from front-engine, front-wheel drive hatchback to mid-engine, rear-wheel drive two-seater quasi-coupé, the car had to be extensively reworked structurally, leading to the Phase 1 version being some 300 kg (660 lb) heavier than the sportiest “regular” Clio, the 172 Cup.

As the engine occupied the space normally reserved for rear passengers, this hot hatchback was a motorcar made for two.The V6 kicked out 230bhp and helped the Clio sprint from 0-62mph in 6.4secs. At the time, this was really quick. Top speed? 147mph.