This beautifully restored Harley is one of their first real production models. Thanks again for the great work on this one, Bruce Linsday. 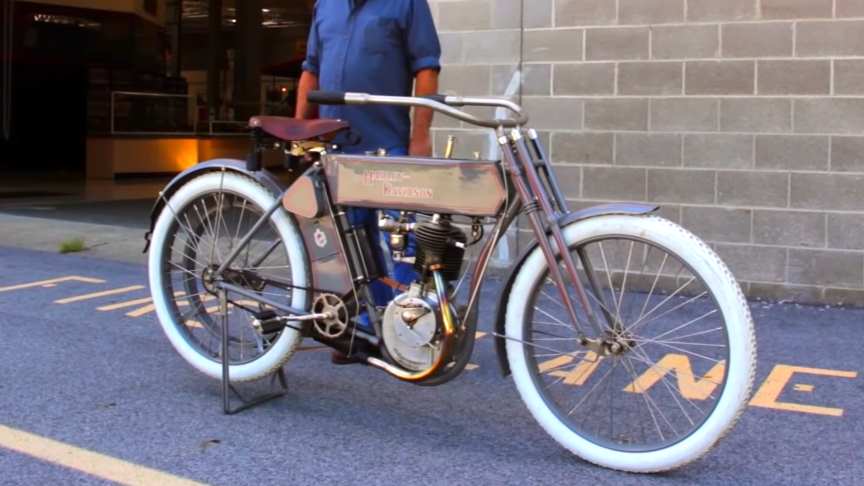 This machine is restored from a mostly all original motorcycle, using the original engine, original magneto, original 3/4″ Schebler carburetor, and most of the original frame and fork.

These super-rare early Harleys have become very desirable and sought after. This 1910 model has a single cylinder engine with 3-1/8″ bore and 3-1/2″ stroke, yielding 7.07 cubic inches(116cc). It produces 7 horsepower and uses a belt drive designed for racing.

There Motorcycles had no brakes, they were considered more dangerous than not having them.To stop, you had to flip on the handlebar which grounded the charging system, then coast home.