Carrying 48 rockets and the most powerful engine of its type outside the Soviet bloc, this buzzy little fighter could fly just as fast and pack a punch as the earlier fighter jets of post war world war two. 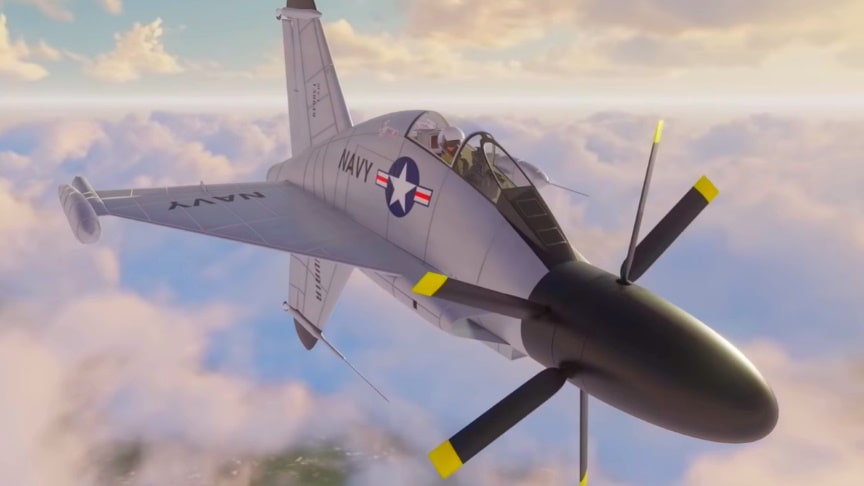 But this fighter jet didn’t need a airbase, nor even a runway – it can fly vertically and land on its tail.The project was so successful that the prototype clocked in 60 + hours of test flights and dominated lockheeds rival design. Watch the video from Found And Explained for more info:

Meet the world’s first true VTOL fight jet, the Convair Pogo!VTOL technology was quite the obsession of aviation designers and the military brass during the 20th century. The Convair XFY-1 Pogo was one such effort made after World War II in the pursuit of creating a VTOL combat aircraft that was both technologically financially viable and practical. But why the Pogo design at that particular time?

The Pogo had a maximum wingspan of 27.7 feet or 8.44 metres and a total wing area of 355 square feet or 108 square metres. It was only 34 feet and 11 inches or 10.6 metres in length and 22 feet or 6.7 metres in height, making it a very compact plane. That explains why it could only accommodate one pilot. The Pogo would have a gross weight of 16,250 pounds or 7,370 kilograms./via/read more:Found And Explained