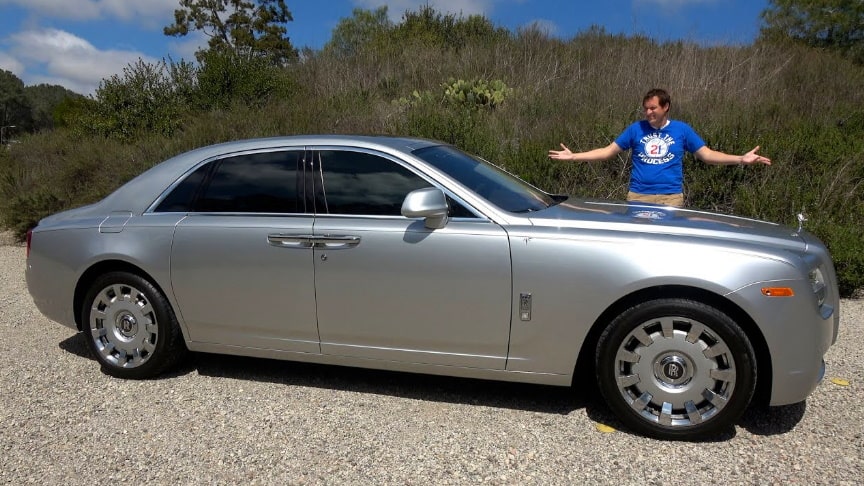 I’m also going to drive the Rolls-Royce Ghost and review the driving experience to show you what it’s like behind the wheel.The Ghost was designed by Andreas Thurner and Charles Coldham and engineered by Helmut Riedl, who led the development of the larger Rolls-Royce Phantom.

The Ghost, codenamed RR04 during its design phase, was developed to compete with vehicles significantly less expensive than the Phantom, such as the Bentley Flying Spur and V12 engine versions of the Mercedes-Benz S-Class.

The Ghost is based on a platform shared with the F01 BMW 7 Series.The company concedes that 20% of parts are common to both cars. The Ghost has a 129.7-inch wheelbase, roof height, bonnet height and track widths all of its own, and the Ghost uses Phantom-style air springs. The car also shares the FlexRay electronic system with its larger stablemate.The car has a curb weight of 2,470 kg.