The RotorWay A600 Talon is an American helicopter, designed and produced by RotorWay International of Chandler, Arizona. The aircraft is supplied as a kit for amateur construction.We recently checked out the Rotorway A600 Helicopter; a quick build experimental helicopter that you can build in your garage. 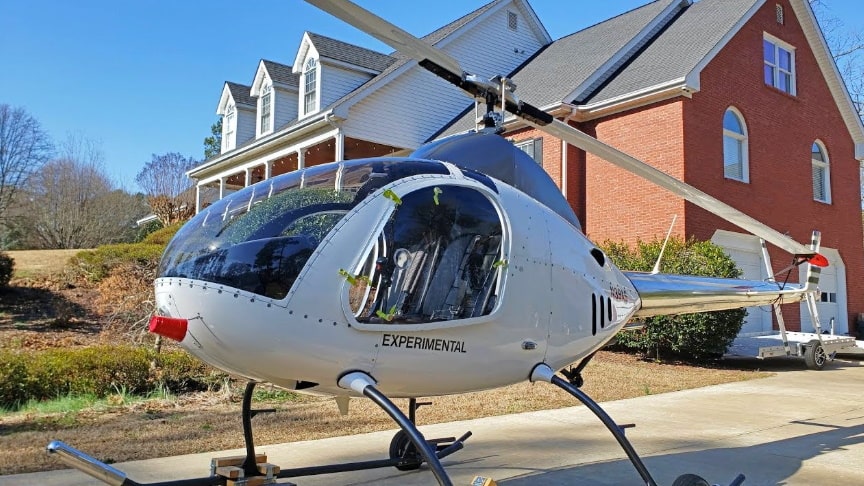 Here is owner of that Helicopter David giving us a second look and going more in-depth on the specs of his newly built helicopter.The A600 helicopter uses a converted custom built engines with power output of 168 HP. This is the turbocharged version.If you go for a standard A600 kit, then you’ll be down to 147 HP.

The helicopter will climb at a respectable 1000 feet per minute and you are cruising between 80 to 100 miles per hour. A brand new A600 Talon kit which includes the engine runs for about $160,000.