The Rudge Ulster was a British motorcycle manufactured by Rudge-Whitworth from 1929 until the outbreak of World War II.Rudge-Whitworth’s last production racing motorcycle was named after Graham Walker’s 1928 race win in the Ulster Grand Prix, only the second time a road race had been won at over 80 mph (130 km/h). 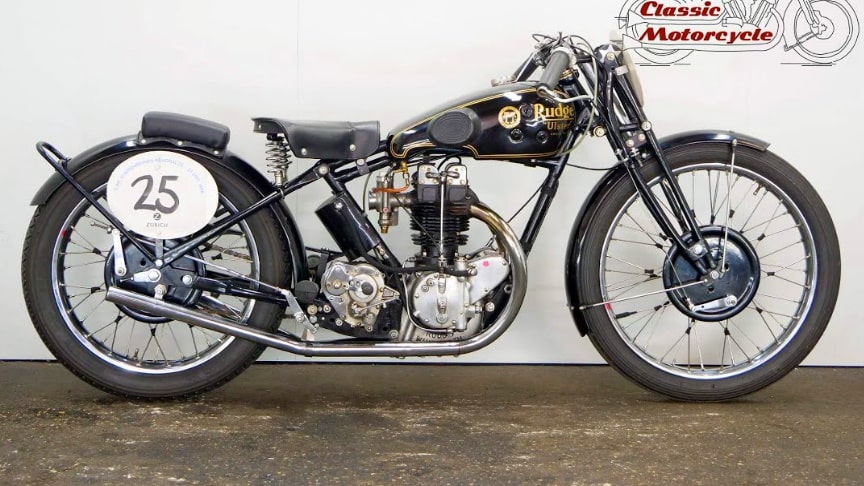 Graham was the father of racing commentator Murray Walker and was made Rudge Sales Manager in 1929. Originally developed as a racing prototype, the production model was essentially a race replica.

Various modifications and improvements were made over the ten years of production. Early models had a ‘pent roof’ four-valve head, with two pairs of valves operating on parallel slopes like a ‘pitched roof’, which was replaced in 1932 with a radial four-valve head and an option of a foot-operated gear change.

This foot pedal operated both the front and rear brakes, with a hand lever also operating the front brake. With a top speed of over 90 mph (140 km/h), the Rudge Ulster was advertised as “probably the fastest 500cc motorcycle in production”.//wikipedia