SCARAB TX is a remote controlled robot, for intervention and technical assistance. It is often used by firemen as a fire-fighting robot. Thanks to its thermal cameras and other sensors, it can give instant eyes inside a fire to the rescue teams. 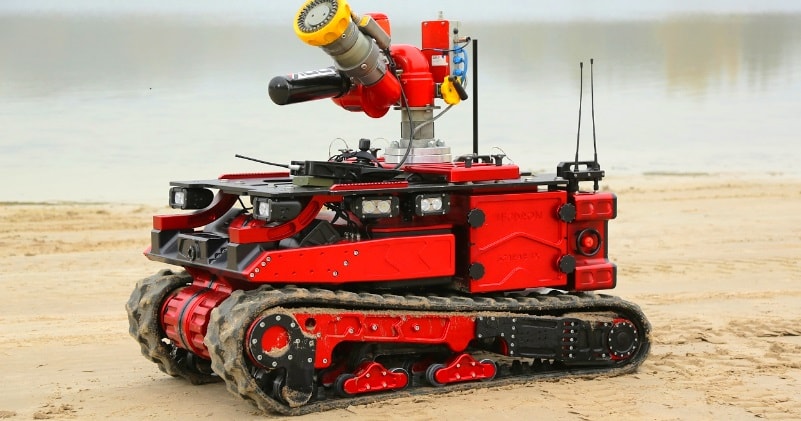 Like a scout, it is able to access areas which are too dangerous for humans to approach thus improving the security and safety of missions. It can also directly attack a fire with a water cannon.