University of Rochester researchers, inspired by diving bell spiders and rafts of fire ants, have created a metallic structure that is so water repellant, it refuses to sink — no matter how often it is punctured. Could this lead to: An unsinkable ship? A wearable flotation device that will still float after being punctured? Electronic monitoring devices that can survive long term in the ocean? 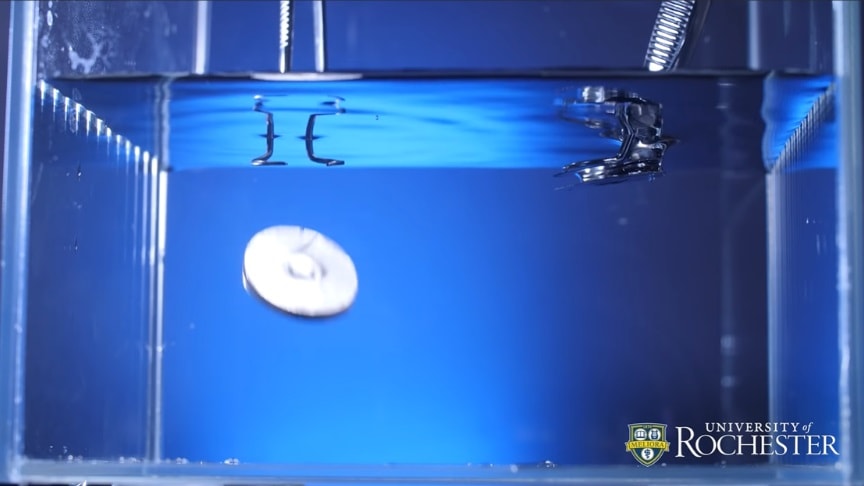 All of the above, says Chunlei Guo, professor of optics and physics, whose lab describes the structure in ACS Applied Materials and Interfaces.The structure uses a groundbreaking technique the lab developed for using femtosecond bursts of lasers to “etch” the surfaces of metals with intricate micro- and nanoscale patterns that trap air and make the surfaces super-hydrophobic (water repellent)./University of Rochester

The researchers found, however, that after being immersed in water for long periods of time, the surfaces may start to lose their hydrophobic properties.Even after being forced to submerge for two months, the structures immediately bounced back to the surface after the load was released, Guo says.

In addition, because air remains trapped in remaining parts of the compartment or adjoining structures, the structures retained this ability even after being punctured multiple times.Though the team used aluminum for this project, the etching process “could be used for literally any metals, or other materials,” Guo says./University of Rochester