In a big leap for the electrification of aviation, an Extra Aircraft aerobatic plane performed its maiden flight with an electric powertrain. The crucial component was a world record motor from Siemens. Weighing a mere 50 kilograms, the motor has an output of 260 kilowatts, resulting in an unparalleled power-to-weight ratio. 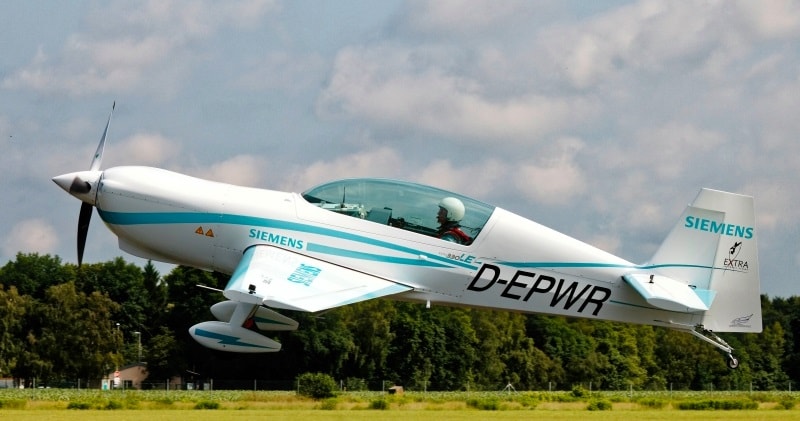 The Siemens Extra 330 LE is a two-seat aerobatic and completely silent aircraft fitted with a Siemens-electric engine,the aircraft reached an altitude of 3,000m in just four minutes and 22 seconds & it reached a top speed of 337.50km/h over a distance of three kilometres.

The motor has been specially designed for use in aircraft. Thanks to its record-setting power-to-weight ratio, larger aircraft with takeoff weights of up to two tons will now be able to use electric drives for the first time.

The performance of the drive systems used in electric vehicles is about two kW per kg. Since the new motor delivers its record-setting performance at rotational speeds of just 2,500 revolutions per minute, it can drive propellers directly, without the use of a transmission.