EVER wondered what happens when you mix a classic VW van with a single engine fighter jet? Look no further than Oklahoma Willy. Weighing in at 6,600lbs and boasting a horsepower of 5,000, the vehicle was built by Perry Watkins from Buckinghamshire.Barcroft Cars 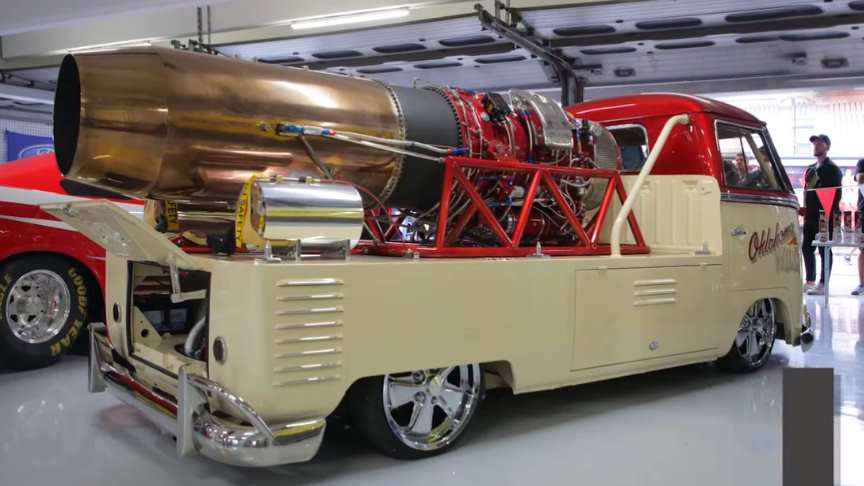 The supercar enthusiast has transformed his worn out Volkswagen pickup into a $64,555 (£50,000) jet-powered truck that can zoom at over 300 miles per hour! The camper van is powered by a 1986 Rolls-Royce Viper 535 jet engine which came out of a BAC 167 Strikemaster jet.

The truck is capable of reaching insane speeds of over 480km/h thanks to its flame-throwing jet engine.Given the fact that the 5000bhp jet engine could potentially propel the ancient VW from rest to 270mph in under seconds, that’s a pretty scary prospect.

Perry’s obviously not only a very clever chap, but also awfully brave.Watkinson took the truck for a spin to the Santa Pod drag strip in Bedfordshire. The truck can be seen roaring down the track with massive flames from the engine.