A sinkhole, also known as a cenote, sink, sink-hole, swallet, swallow hole, or doline, is a depression or hole in the ground caused by some form of collapse of the surface layer. 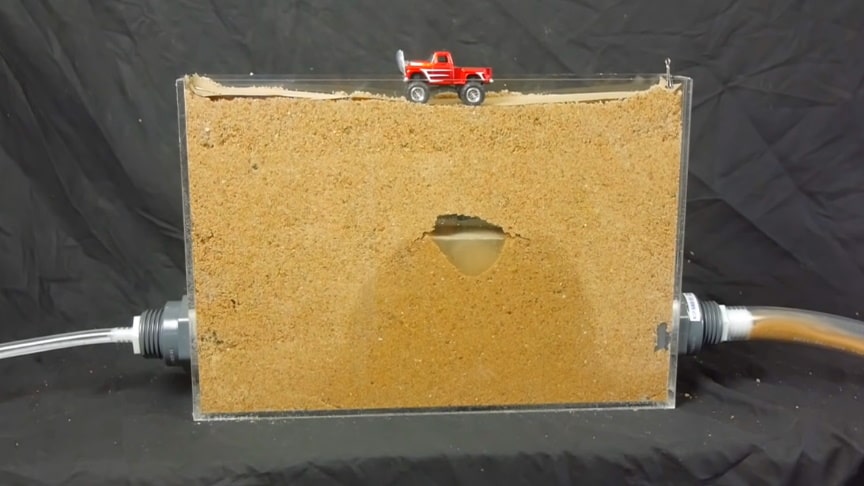 Most of us think about erosion on the surface of the earth, but erosion can occur in the subsurface as well. In fact, scientist and engineers have a very creative name for just such a process: internal erosion.If just the right factors come together in the subsurface, some very interesting things can occur, including sinkholes.

The formation of sinkholes involves natural processes of erosion or gradual removal of slightly soluble bedrock (such as limestone) by percolating water, the collapse of a cave roof, or a lowering of the water table. Sinkholes often form through the process of suffosion.[11] For example, groundwater may dissolve the carbonate cement holding the sandstone particles together and then carry away the lax particles, gradually forming a void.

Collapses, commonly incorrectly labeled as sinkholes also occur due to human activity, such as the collapse of abandoned mines and salt cavern storage in salt domes in places like Louisiana, Mississippi and Texas. More commonly, collapses occur in urban areas due to water main breaks or sewer collapses when old pipes give way. They can also occur from the overpumping and extraction of groundwater and subsurface fluids.Sinkholes can also form when natural water-drainage patterns are changed and new water-diversion systems are developed./wikipedia