Located in the town of Postojna, Slovenia, Predjama Castle sits 400 feet above ground atop a rocky cliffside. Built in the 13th century in Gothic style, the exterior of the castle was reconstructed once again in the 16th century after it was seized by another kingdom. 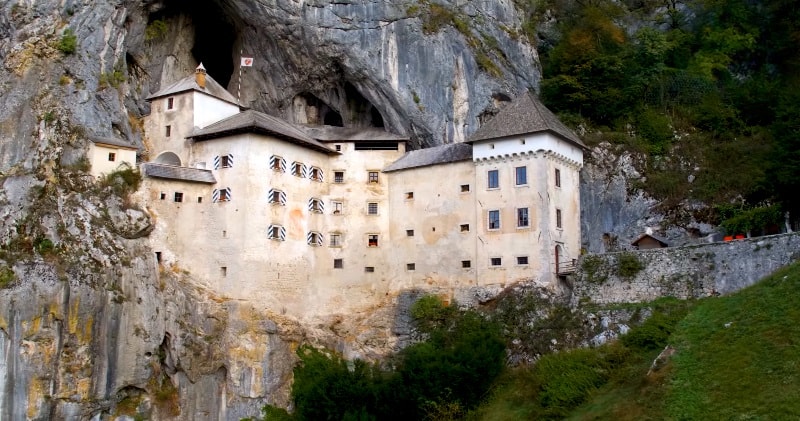 Beneath the castle lays the Postojna Cave Park, which is open to the public from May to September, but closed during winter months so as not to disturb the hibernating bats.

The castle has seen many residents throughout its long history, but its most famous owner is Erazem Lueger, a 15th century “Robin Hood” figure who took from the rich and gave to the needy.

The castle was first mentioned in the year 1274 with the German name Luegg, when the Patriarch of Aquileia built the castle in Gothic style. The castle was built under a natural rocky arch high in the stone wall to make access to it difficult.