John Geary grew up watching his father build big homes in the San Francisco Bay Area where it can take years to permit a project, so when the state legislature began passing bills to make it much easier to build a home in your own backyard, he set up shop selling smaller, cheaper homes that could be purchased, permitted and installed in less than a month. 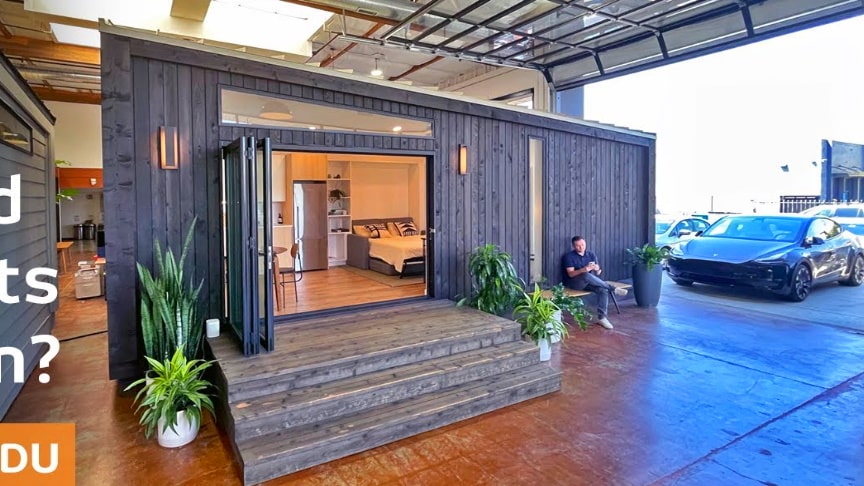 Today, his startup Abodu has built hundreds of ADUs (Accessory Dwelling Units AKA granny flats, in-law units, backyard cottages) across California for about a third the cost of a new apartment, but they’re not building tiny houses on wheels. In fact, Geary makes it a point that his small homes are real property: built with a concrete foundation, they are “real property”, that is, they extend the square footage of the main house.

Unlike tiny homes on wheels or park models which are classed as vehicles (which has also helped them evade permitting and zoning requirements), Abodus are in the same category as a McMansion and therefore, argues Geary, they should be viewed as assets that appreciate in much the same way.

We visited their Redwood City showroom where Geary took us on a full tour of two of their models — a 340-square-foot studio and a 500-square-foot one bedroom – where he explained their uniquely curving roof design (built to enlarge space where needed), the strategic placement of windows and privacy considerations unique to backyard homes./Kirsten Dirksen