Demonstrating a solar-powered fuel cell. The solar cell provides electricity which is used in the fuel cell to break down water into hydrogen and oxygen. 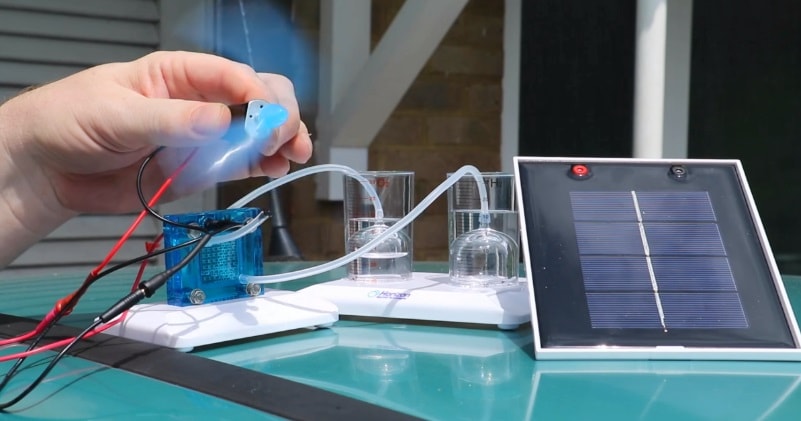 These are small containers storing only a few cm3 of hydrogen and oxygen. When an electric fan is connected to the fuel cell the system is reversed and the hydrogen and oxygen combine to make electricity to power the fan.//Philip Russell

Photovoltaic panels convert sunlight to electricity. In this cycle, the excess electricity produced after consumption by devices connected to the system, is used to power an electrolyzer.

The electrolyzer converts water into hydrogen and oxygen, which is stored.This hydrogen is used up by a fuel cell to produce electricity, which can power the devices when sunlight is unavailable.