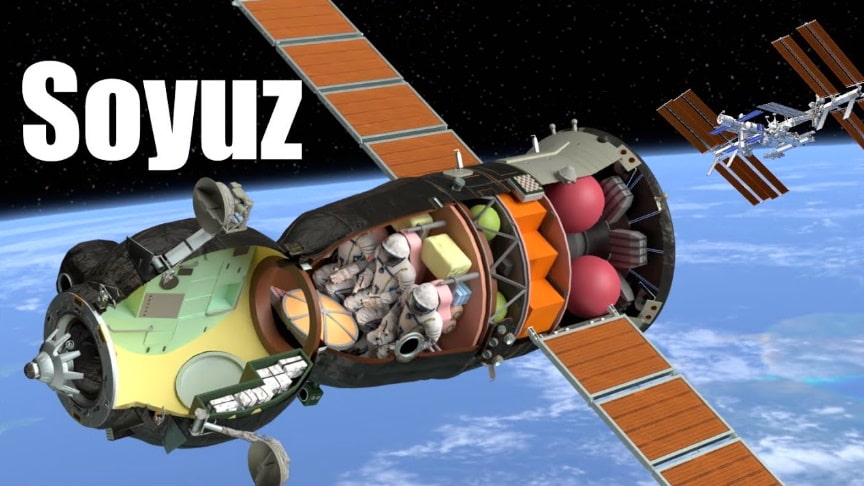 They also use the Descent Module for landing on Earth.The third module is home to the life support systems. It holds things like batteries, solar panels and steering engines.The Soyuz capsule launches on top of a Soyuz rocket. A rocket is what launches people and objects into space. After the launch, the capsule and the rocket separate. The rocket part of the Soyuz returns to Earth. The Soyuz capsule keeps going, and takes only nine minutes to reach space!/nasa