Our Spitfire MK XVI rolled out of the hangar for its first engine run in 17 years!I had been flying it after we opened Fantasy of Flight, but there was like an AD on the landing gear bolts and we grounded it.It took several years to get the proper bolts but by then we’d moved on to other things and it just sat.via: Fantasy Of Flight 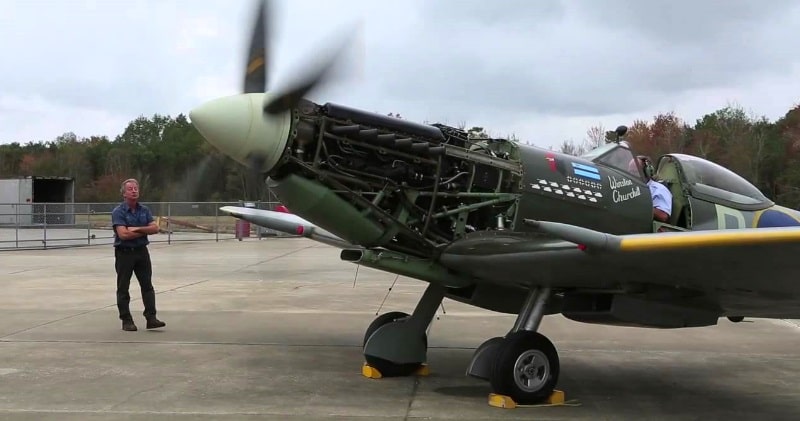 Well we’ve finally gotten back on it, and here’s the first engine run we’ve done on her in 17 years.The British Supermarine Spitfire was at one time one of the backbone of the Royal Air Force and was a close match for the German fighters used in WWII.

At first it didn’t want to start. The mixture control is not marked on the throttle quadrant and I may have flooded it,so we came back later for another try, and we got it running. Here’s the clip.We still have a bit of work to finish painting the newly covered tail feathers and hooking them all up.

Also, Andy’s been dealing with some leaky undercarriage legs and it seems we have a leak in the air system as the brake pressure didn’t come up as fast as it should. Hopefully, we’ll get all that sorted out and we’ll be able to get it flying soon.