Steam locomotive is a type of railway locomotive that produces its pulling power through a steam engine. These locomotives are fueled by burning combustible material – usually coal, wood, or oil – to produce steam in a boiler. 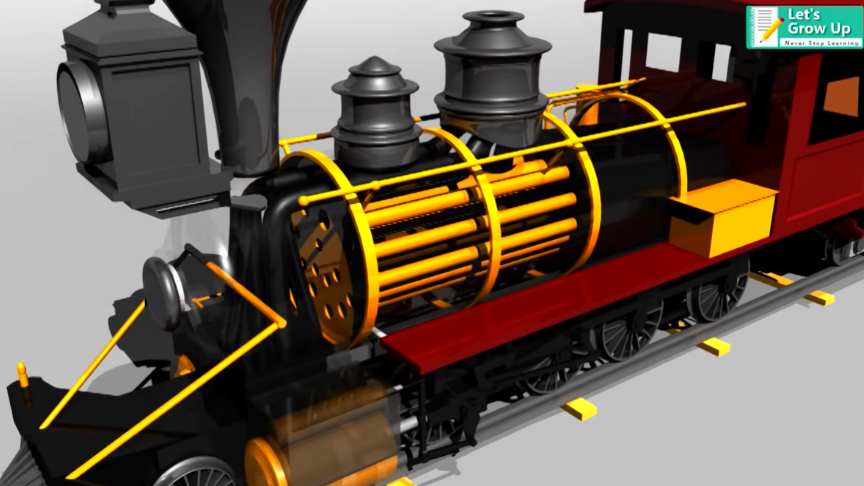 There are two basic areas of activity on a steam locomotive: the boiler where steam is made, and the engine (cylinders, rods, and driving wheels) where steam is used.The steam moves reciprocating pistons which are mechanically connected to the locomotive’s main wheels drivers. Watch the video from Let’s Grow Up for more info:

Both fuel and water supplies are carried with the locomotive, either on the locomotive itself or in wagons (tenders) pulled behind.On a steam locomotive, the cross-head normally links to a drive rod, and from there to coupling rods that drive the locomotive’s wheels.

Each piston transmits power through a crosshead, connecting rod and a crankpin on the driving wheel or to a crank on a driving axle. The movement of the valves in the steam chest is controlled through a set of rods and linkages called the valve gear, actuated from the driving axle or from the crankpin; the valve gear includes devices that allow reversing the engine, adjusting valve travel and the timing of the admission and exhaust events./wikipedia