In partnership with Scaled Composites, Stratolaunch successfully completed the first flight of the Stratolaunch aircraft.Developed by Stratolaunch Systems, the aircraft is essentially a flying launchpad that will fly up to 35,000ft & then launch a satellite bearing rocket into Low-Earth orbit. 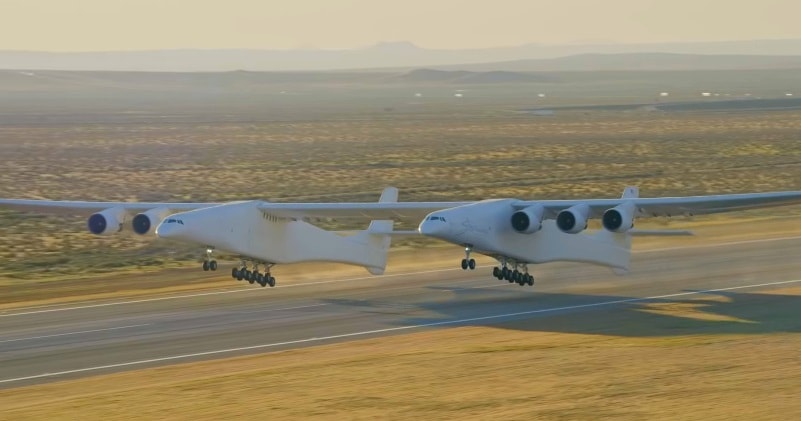 As part of this initial flight of the world’s largest aircraft, the pilots evaluated aircraft performance and handling qualities of the all-composite, duel-fuselage design.

The airplane took off at 0658 PDT on April 13, 2019,With a dual fuselage design and wingspan greater than the length of an American football field, the Stratolaunch aircraft took flight at 0658 PDT from the Mojave Air & Space Port.

And flew for 2.5 hours, achieving a maximum speed of 189 miles per hour and reaching altitudes of up to 17,000 feet. The plane landed safely amid cheers from the team that designed and built the plane.Stratolaunch