The Suzuki Biplane which was revealed at the 2007 Tokyo Motor Show is a concept motorbike inspired by Biplanes. Rather an unusual source of inspiration, the design uses colors similar to the canvas often found on older aircraft, and the lack of any wind protection would also leave the rider exposed to the elements – similar to the pilot of an open-top aircraft. 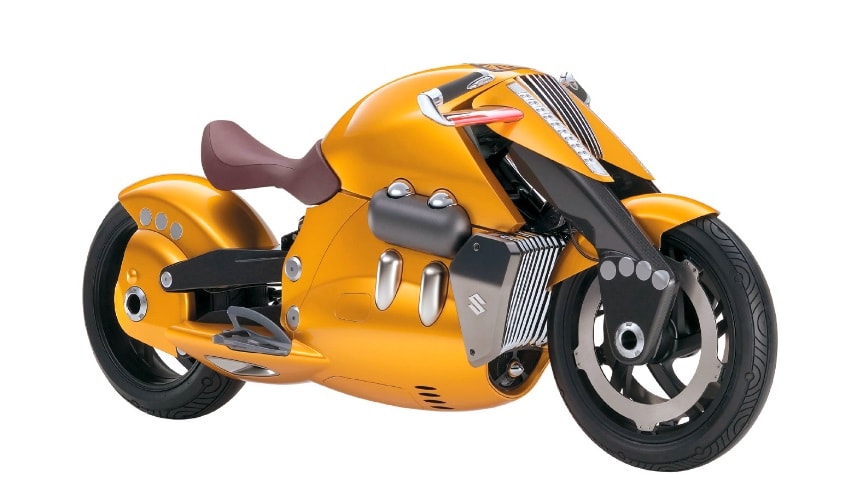 The sleek and futuristic Biplane aims to capture the feeling of acceleration, the feeling experienced by riders accelerating down a long straight, or plane passengers when taking off. Powered by a 1,000cc V-Four and sporting a stunning, open layout, the Biplane creates a fresh new motorcycle image bound to capture the imagination of motorcycle enthusiasts. 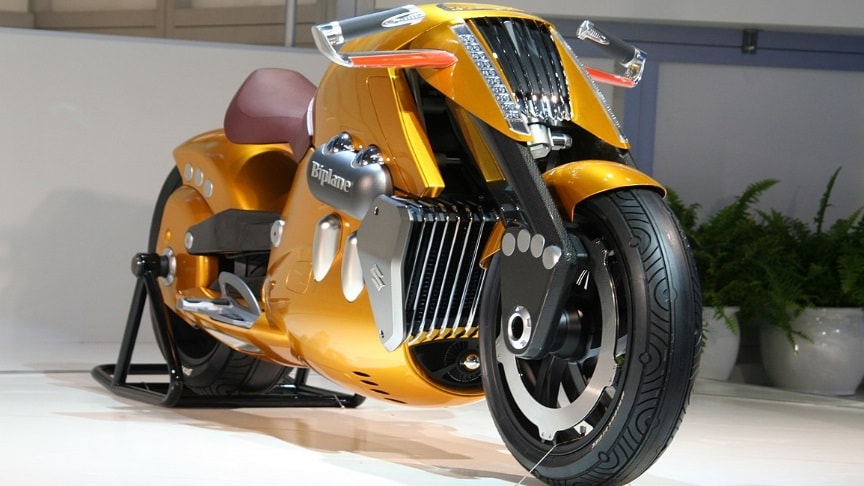 The Suzuki Biplane concept uses a semi-exposed V4 engine for power, and a girder-type front end, similar to that found on the Confederate Wraith, for steering and front suspension. The partly covered rear wheel and flush seat-to-tank design is similar to those found on the 1986 Suzuki Nuda concept bike. 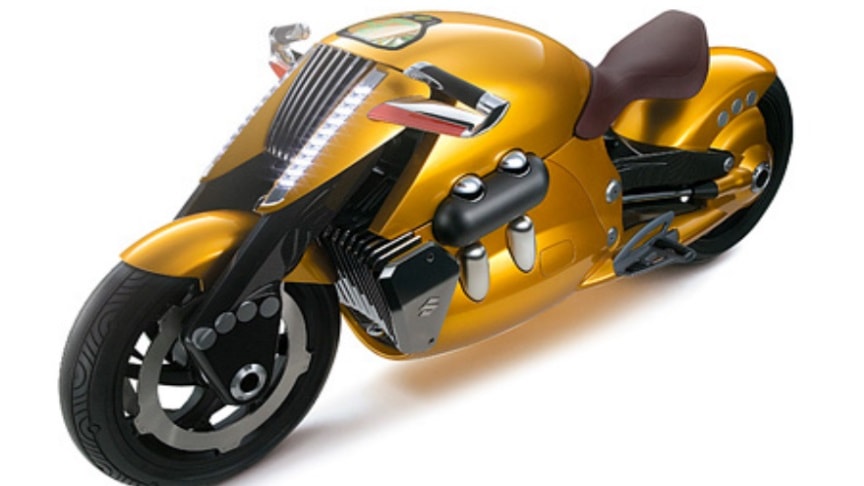 The bike stops with the help of rim mounted disk brakes on the front and the rear wheels. You may be wondering where the instrument panels are. They are just over the surface of the tank. This is just a concept bike and there are no plans for commercialization as of yet.

On the front, Suzuki Biplane is using a speedometer instrument panel that integrates with the motor tank, Headlamp LED, plus equipped Girder Fork (Girdraulic) that we often encounter in a super old motor.

From behind his body that dikelir classic Gold color, we can see there is a Cylinder Head & Neck exhaust that poked out from behind his body. The exhaust is hidden under the cowling and the link-type rear suspension can be seen just below the seat.The design uses colors similar to the canvas often found on older aircraft, and the lack of any wind protection would also leave the rider exposed to the elements – similar to the pilot of an open-top aircraft.