Originally a commissioned build from a customer, the modest budget wasn’t enough to do the build justice, so John of Roosters CC bought the bike and took on the project for himself. 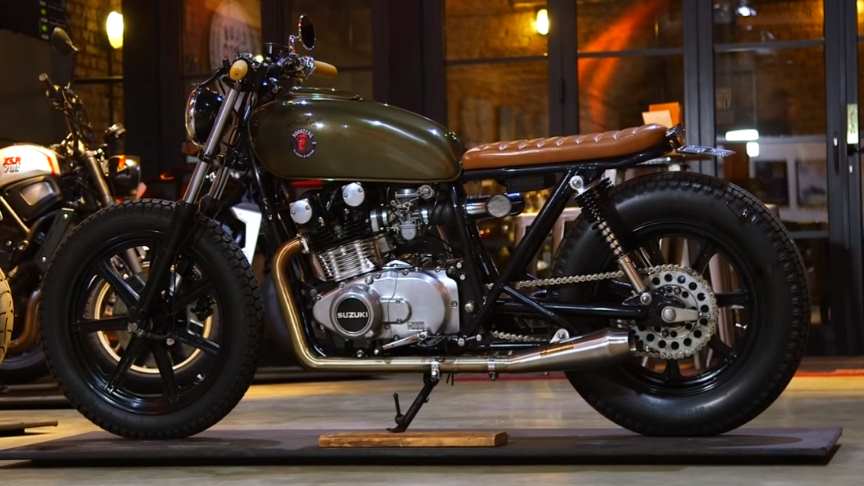 Taking the unfinished Suzuki GS400 project, bought as a box of parts from eBay, it soon evolved into a brat style build. A welcome change from the usual cafe racer and scramblers John usually works on. Watch the video from Bike Shed Motorcycle Club for more info:

Featuring the traditional open rear triangle and flat bench seat look of this style of bike, engine overhaul and neat understated parts fitted throughout, the end result is a clean and classy build that has been turning many heads here at The Bike Shed Shoreditch venue.Especially when they see the ‘bite your hand off’ price tag of only £3250.

Suzuki had produced the 4-stroke Colleda COX 125cc and 93cc 4-stroke single-cylinder machines in 1955[1] however the rest of Suzuki’s production from 1952 to 1976 had been increasingly sophisticated two-stroke road machines, whose ultimate expression was the 750cc 3-cylinder water-cooled GT750./wikipedia