This is the same rear motor that is in the model S and X. Tesla learned from the Original Roadster, made this motor, then came out with the new model 3 and Y motor. Even from 2012 the inside of this is super advanced technology. This video is made by YouTube’s What’s Inside youtube channel. 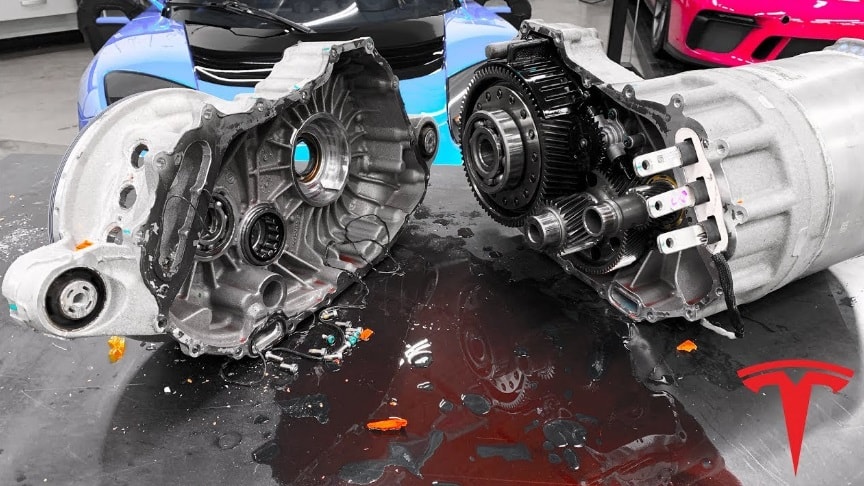 In their last video, they were able to get the electric motor of a Tesla Model S and decided to open it. The first thing they found is liquid. It turns out that the inside of an electric motor is completely filled with coolant, a striking blue color. As you can imagine, it allows reducing the high temperatures it can reach, especially if we “crush” the car. Watch the video from What’s Inside more info.

The initial parts of the teardown were as expected of the channel’s entertaining aspects, with hosts Dan and his son Lincoln finding humor in the vast amounts of coolant that was sealed inside the electric motors’ inner chambers.

What follows is an “autopsy” process, in which metal parts are removed until they reach the true “brain” of the engine, a series of triangularly arranged plates with a futuristic look. There is much we do not know about these parts, but it is obvious that they are the most important of the engine.