Retirees Scott and Susan Burbank were looking for a full-time mobile home to tour the country at the same time Microsoft retired an old semi-truck that once housed a mobile computer lab. 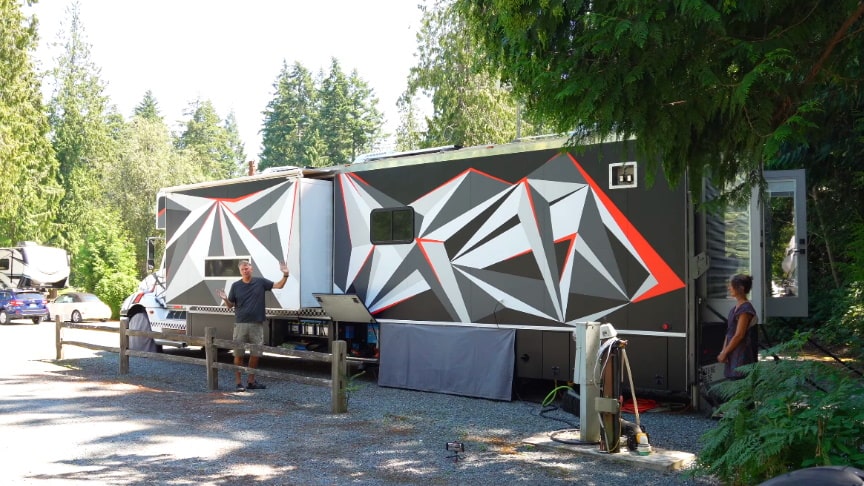 It was an empty shell with “lots of cables hanging everywhere,” but the couple got to work and 14 months later they had built their dream home inside the old Freightliner. Scott is 6’8” tall, so he needed the high ceilings and space for an extra large bed. They build a murphy bed that folds in two places in order to fit into the pop-out wall.

Scott also wanted a full shower, but didn’t want something that would sit permanently in the space, so he invented a “murphy shower” that expands from 9 inches in the wall to 5 feet into the living room.

Powered entirely by solar, the truck is 100% electric (they don’t use any propane), so for cooking, they use an induction cooktop and a specialty hyper-compact convection oven/stove. They can live off-grid for weeks at a time, the limiting factor being water. Their tanks hold enough for about 3 weeks of drinking/shower water. They use a compost toilet to cut back on water and power./Kirsten Dirksen