Most motorcycle riders will have to pick up their bike at least once in their lifetime. And three or four people scramble over to help muscle it upright.But have you ever seen someone actually upright a motorcycle alone. 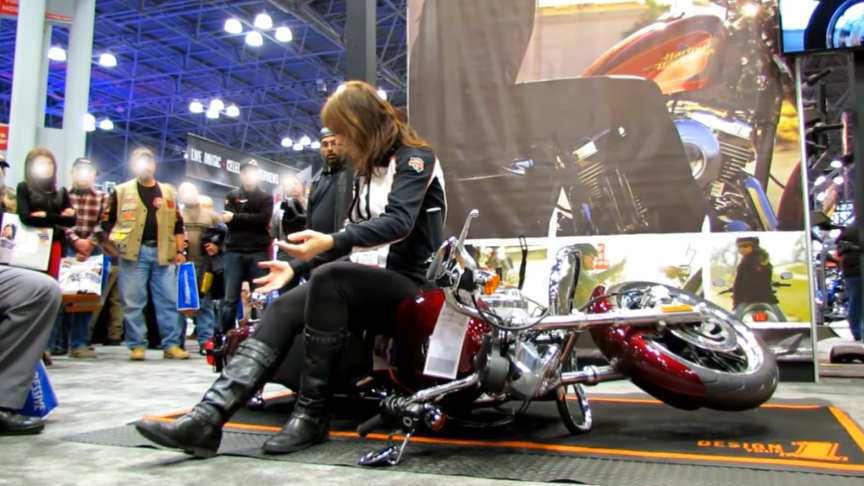 During a motorcycle show in New York, a women demonstrated how easy it is to pick up a fallen Harley-Davidson motorcycle from the ground. These bikes can weigh far over 600-poundsThis simple technique will work with any motorcycle!

You simply rest your bottom on the seat, grab the handle bar with one hand and rest your other hand on the fender. Using your leg muscles, you gently rock and push the bike up.

Once the bike is partially up, you re-position yourself on the seat, and then push back using your legs. The bike will slowly return to the upright position!If the bike was on its left side … be careful not to lift too much and flip it onto its other side! Once it’s upright, carefully put the sidestand down with one foot.