A Tesla valve, called by Tesla a valvular conduit, is a fixed-geometry passive check valve. It allows a fluid to flow preferentially in one direction, without moving parts. The device is named after Nikola Tesla. 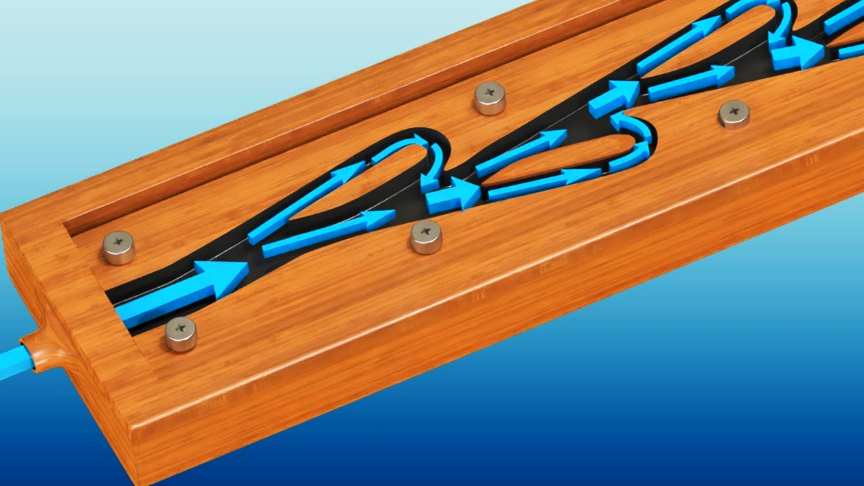 A Tesla Valve is like a typical valve, but with one key difference: absolutely no moving parts. It has a design that allows fluid to flow unimpeded in one direction, but in the other direction, the fluid is blocked.video by: Learn Engineering

Nikola Tesla had invented a very interesting one-way valve. Let’s understand the complete physics of this valve in this video.One computational fluid dynamics simulation of Tesla valves with two and four segments showed that the flow resistance in the blocking or reverse direction was about 15 and 40 times greater, respectively, than the unimpeded or forward direction.

The Tesla valve is used in microfluidic applications and offers advantages such as scalability, durability, and ease of fabrication in a variety of materials.//Learn Engineering