Tesla’s electro-mechanical oscillator is a steam-powered electric generator patented by Nikola Tesla in 1893.Nikolat Tesla claimed that one machine he developed for producing constant frequency electricity caused earthquake in NewYork city.Is his claim true? Let’s explore the working of this beautiful piece of technology and also try to find out the truth behind his earthquake claim. 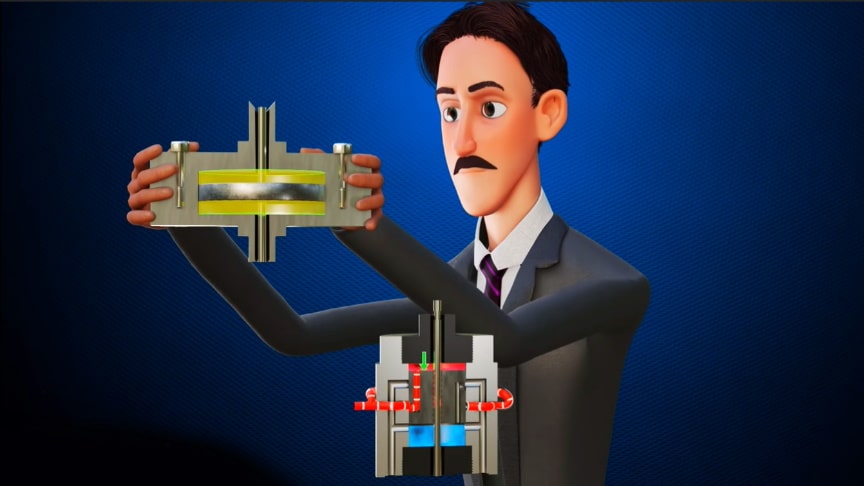 Tesla’s oscillator is a reciprocating electricity generator. Steam would be forced into the oscillator, and exit through a series of ports, pushing a piston up and down that was attached to an armature, causing it to vibrate up and down at high speed, producing electricity. Watch the video from Lesics:

The casing’s upper chamber had to withstand pressures of 400 psi and temperatures exceeding 200 °C. Some versions used air trapped behind the piston as an “air spring”, increasing efficiency. Another variation used electromagnets to control the frequency of the piston’s oscillation.

Tesla developed many versions of the oscillator and looked on it as a possible replacement for inefficient reciprocating steam engines used to turn generators, but it was superseded by the development of highly efficient steam turbines. Tesla also used the highly regular tunable oscillation of the device to set frequency in his high frequency electrical and wireless transmission experiments./wikipedia