Test Run of Rolls Royce Artouste APU Engine. This unit originally came out of an RAF VC-10. The turbine disc glows a bit under load even though the TGT is within limit. 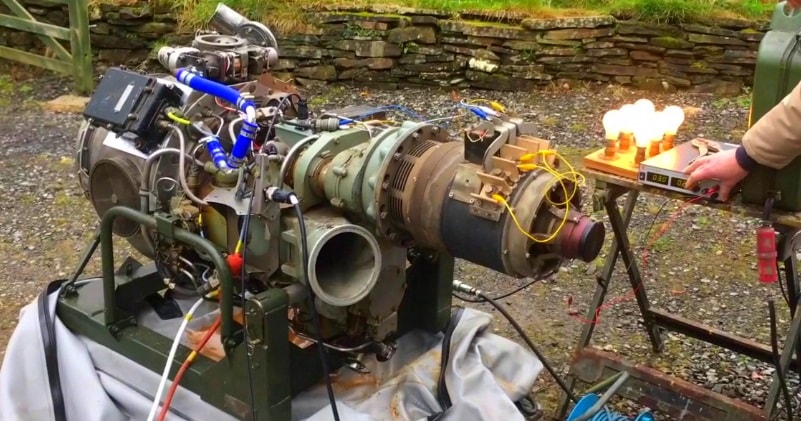 I think too much air may be bypassing the air-delivery butterfly valve on the combustion chamber. Nice little engine!!The Turbomeca Artouste is an early French turboshaft engine, first run in 1947.

Originally conceived as an auxiliary power unit (APU), it was soon adapted to aircraft propulsion, and found a niche as a powerplant for turboshaft-driven helicopters in the 1950s. Basically it’s a gas turbine (or jet) engine, producing a small amount of thrust (about 100 pounds) as a by-product.

The main power being taken from the shaft through a reduction gearbox.Power is typically in the 300 kW (400 hp) range.The whole engine is around six feet long and weighs around quarter of a ton with the alternator.