The Canadair (F-86) Sabre saw service both in Canada and with 12 squadrons at Royal Canadian Air Force stations in Europe as part of a large NATO commitment. 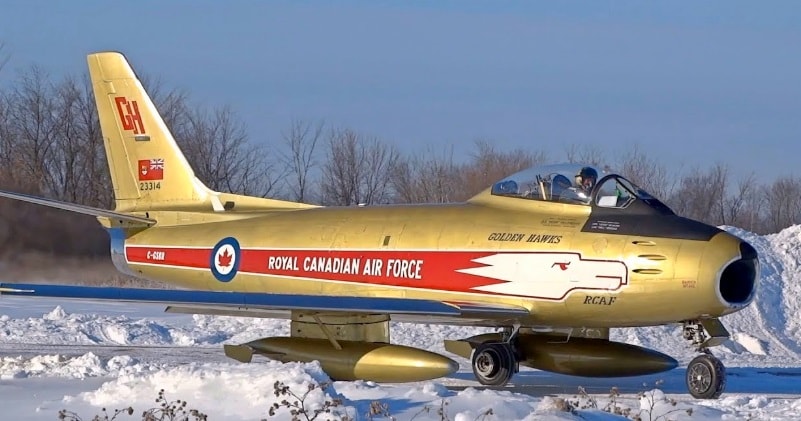 The most spectacular paint scheme ever to grace the already graceful lines of the Sabre was the livery of the RCAF’s precision aerobatic team, the Golden Hawks.via: Tremblay-FireResponses

The Golden Hawks were created in 1959 to honour the 50th anniversary of powered flight in Canada and flew for five airshow seasons.

The Vintage Wings of Canada Sabre continues to wear the same metallic gold paint scheme that was used to help celebrate the 100th anniversary of powered flight in Canada throughout 2009./Tremblay-FireResponses