A jet engine is usually a turbine engine, but a turbine engine is not generally a jet engine. That sounds confusing, but in this case the exhaust from the Pratt and Whitney turbine of the T56B Lotus is directed upwards at about 45 degrees delivering only about 50 pounds of thrust and exerts downward pressure, not jet propulsion. 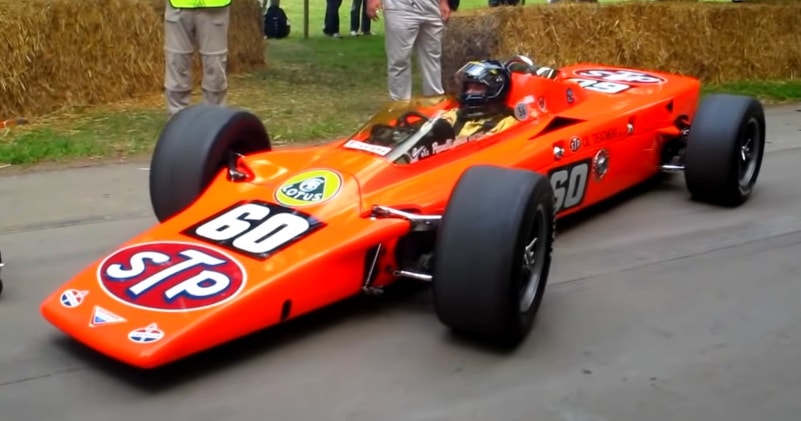 The 1968 Lotus 56 Turbine Indy car, driven here by Parnelli Jones, as seen at the 2011 Goodwood Festival Of Speed.Lotus founder Colin Chapman is best remembered for having a lot of success with unconventional and revolutionary racing cars./ Luc Ghys 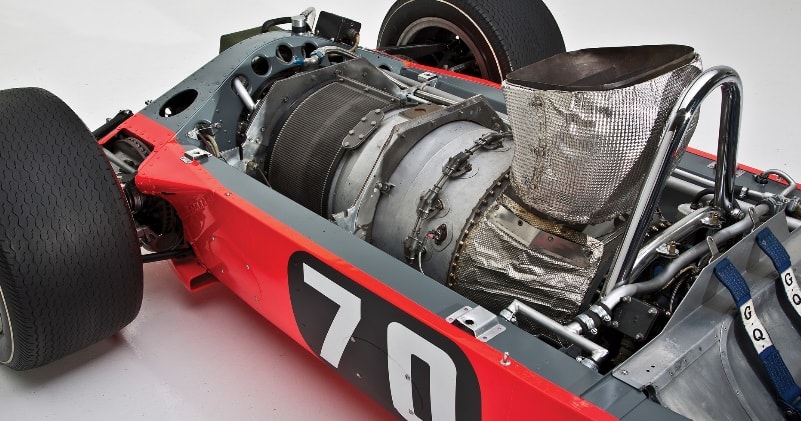 One of the most outrageous Lotus designs was the Type 56, prepared for the 1968 Indy 500.Designed by Maurice Philippe, the 56 was not equipped with a regular internal combustion engine, but with a Pratt and Whitney industrial turbine engine.

Such an engine was used previously and proved very reliable. Due to the nature of a turbine engine, no gearbox was needed. Using the proven Ferguson four wheel drive system, the turbine engine’s power was transferred to all wheels./ Luc Ghys

Although the turbine was not quite as powerful as the Turbo charged internal combustion engines used by the competition, Chapman was confident that the four wheel drive system would give Lotus the edge over the rest. The operation was partly funded by Andy Granatelli’s STP company and the wedge shaped cars were livered in STP’s striking orange colour scheme.// Luc Ghys