CUE is a basketball-shooting robot made by Toyota that shoots hoops with 100% accuracy; it’s so good, it was signed by Alvark Tokyo at the end 2017-18 season amid great fanfare. 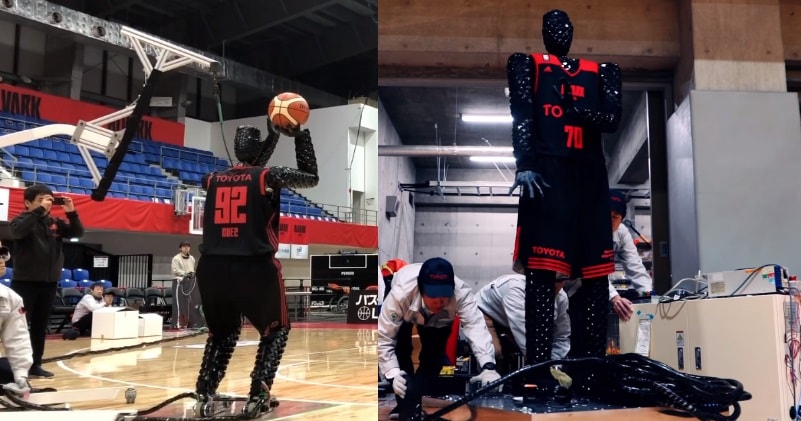 Now, CUE’s back and better than ever—meet CUE2! Check out #92 CUE2 standing on its own two feet and shooting from its furthest-ever distance, the three-point line!

The robot computes as a 3D image of the basket location, using sensors on its torso, and adjusts motors inside its arm and knees to shoot at the right angle and score.

To shoot hoops, the robot must has a smart vision system, and is able to compute the ball’s path With nearly 100 percent accuracy.Experts say robots that can mimic human movements, even doing them better, could prove useful in various ways, including picking crops, making deliveries, and working in factories and warehouses.