Akrapovic is a Slovenian manufacturer known for their proven exhausts from Moto GP to Enduro and Motocross, Akrapovic is now dabbing into custom motorcycles. The Morsus is a unique custom machine built for aftermarket exhaust giant Akrapovic by specialists Dreamachine Motorcycles of Slovenia. 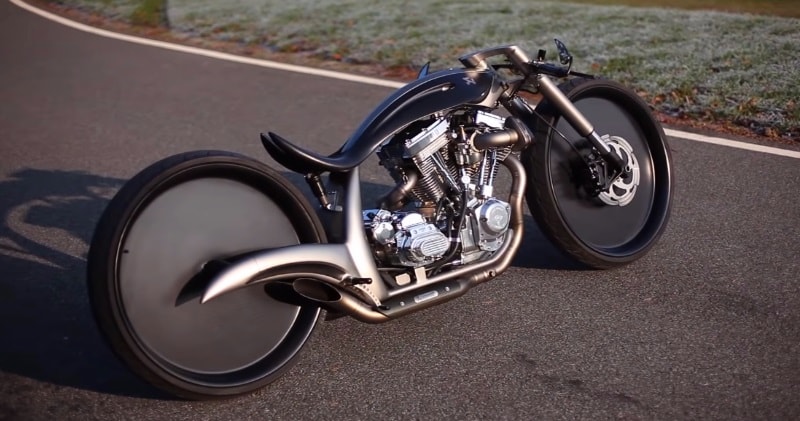 It went from drawing to finished article in just two and a half months and went on to win major European custom show championships, culminating with an entry to the AMD World Championship.

The Morsus, is said to be inspired by the scorpion, symbol of Akrapovic. It uses many of the same materials the manufacturer has been mastering for years: carbon fiber, stainless steele, and titanium.

Creator Tomaz Capuder said it was his goal to “put together two motorcycle worlds, racing and custom.” Sure enough, the 113 cubic inch (1,852 cc) S&S motor puts out a claimed 144 horsepower, but as with most show bikes, it’s probably as much fun to look at as it is to ride.