This is the energy observer, the first autonomous hydrogen boat to sail the seas. Powered by solar, hydrogen, wind and water energy, the white catamaran will take six years to tour the world. Wonder World 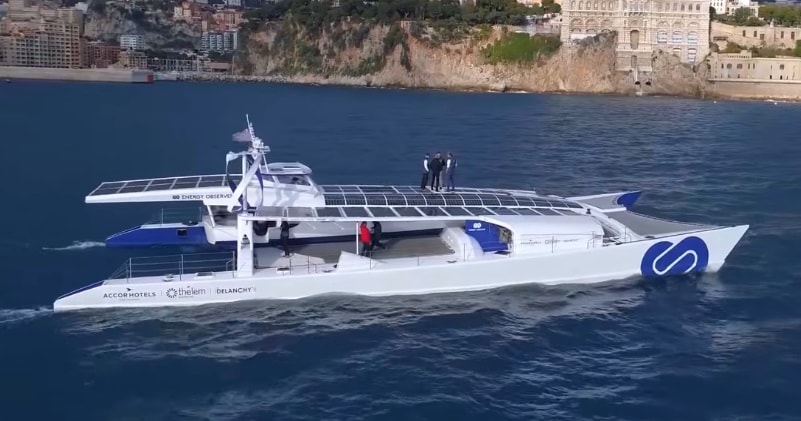 During its stopovers, Energy Observer produced a total of 488 kg, almost ½ ton of hydrogen, during 1496 hours of functioning, that’s an efficiency of 42%./read more: Wonder World

Hydrogen supplied up to 60% of the energy needed for a typical voyage, and the remaining 40% was attributed to solar power, using a fuel cell functioning on average for 6 of each 24 hours of navigation, with an efficiency of 48%.