On Tuesday night Boring Company released footage of a Tesla being lowered into the tunnel with retractable wheel gear that turns a car into a rail-guided train & back again. 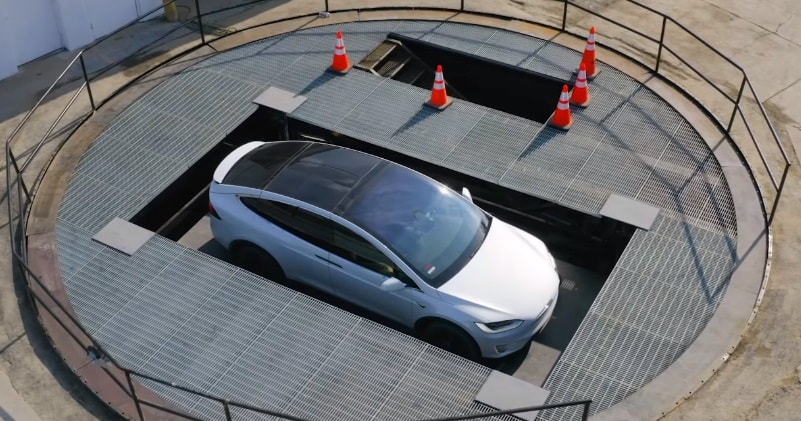 This test track involves a 1.83-kilometre of tunnel with a platform at either end that lowers the car into the tube and lifts it out again, going it along at speeds of up to 241 km per hour in between.

To equip the car for the ride, it is given a retractable, outward-pointing set of front wheels that enable it to move along the track. The wheel gear can be applied to any autonomous and electric vehicle, not just Tesla EVs.