When you examine the Wright Flyer, the first successful flight closely you will be amazed by the numerous ingenious technologies these high school dropouts developed 100 years ago. Their design was so complete that even the current modern aircraft use the same principles of flight. Let’s explore the amazing engineering behind the Wright Flyer. 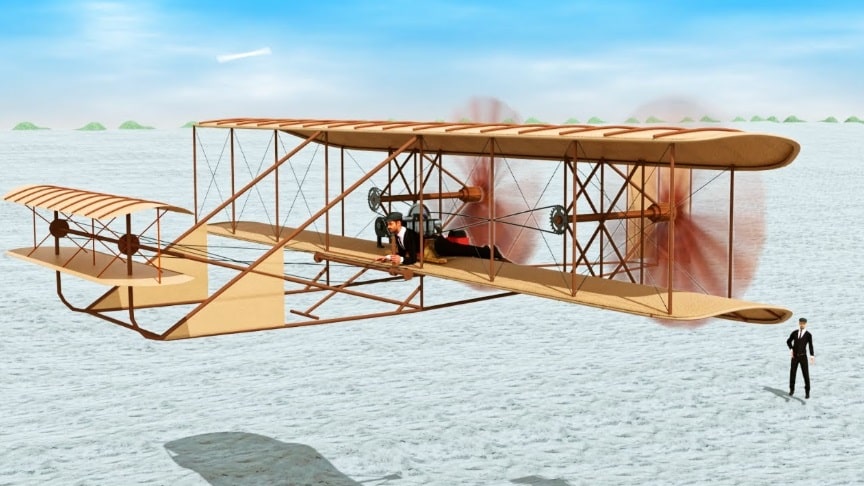 The Flyer was based on the Wrights’ experience testing gliders at Kitty Hawk between 1900 and 1902. Their last glider, the 1902 Glider, led directly to the design of the Flyer.The Wrights built the aircraft in 1903 using giant spruce wood as their construction material.The wings were designed with a 1-in-20 camber.

Since they could not find a suitable automobile engine for the task, they commissioned their employee Charlie Taylor to build a new design from scratch, effectively a crude 12 horsepower gasoline engine.

A sprocket chain drive, borrowing from bicycle technology, powered the twin propellers, which were also made by hand. In order to avoid the risk of torque effects from affecting the aircraft handling, one drive chain was crossed over so that the propellers rotated in opposite directions./wikipedia