Dutch airline KLM in collaboration with Delft University of Technology’s (TU Delft) announced a V-shaped airliner that seats passengers in the wings instead of a central fuselage known as the ‘Flying-V’, that could make long-distance air travel more sustainable — and it’s more than pie in the sky. 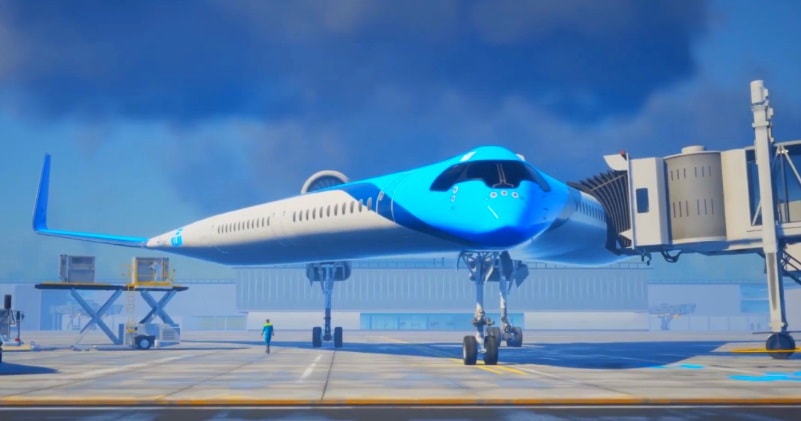 The “Flying-V” would have the same wingspan as the A350 at 65 m, but would be shorter – at 55 m. Although smaller than the A350, the V-shaped aircraft would still be able to carry 314 passengers in standard configuration.

The V’s wingspan also means no airport alterations would be needed to handle the aircraft.The aircraft’s v-shaped design will integrate the passenger cabin, the cargo hold and the fuel tanks in the wings.

Its improved aerodynamic shape and reduced weight will mean it uses 20% less fuel than the Airbus A350, today’s most advanced aircraft. The aircraft would fly up to 615 miles per hour.