Volvo Trucks’ The Iron Knight is the world’s fastest truck – twice over. It has beaten the speed record in the standing-start 500- and 1000-metre categories. 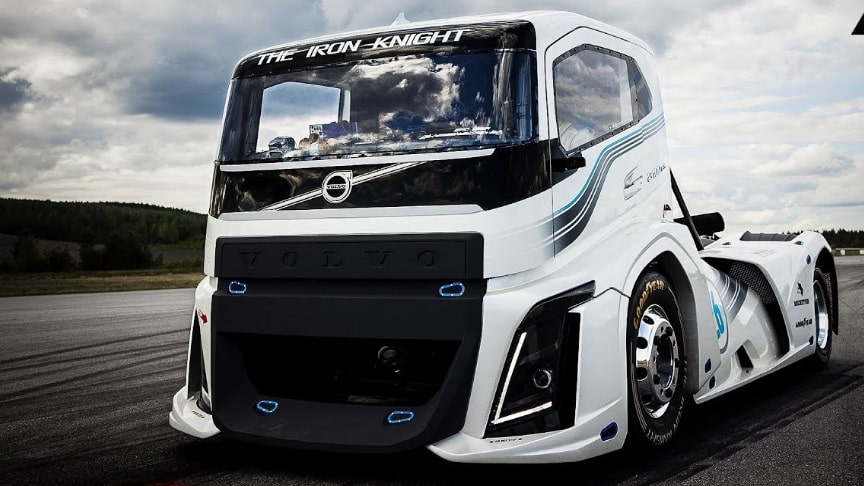 The record-breaker is custom-built in every respect apart from the engine and the series-manufactured I-Shift Dual Clutch transmission. Volvo Trucks’ The Iron Knight, driven by Boije Ovebrink, now holds the official speed records for the 500- and-1000 metre distances. read more: GommeBlog.it: Car & Performance

During their work on the truck, an expert team from Volvo Trucks found innovative ways of uniting technology with design.The fact that the world record-breaker uses the very same gearbox that is found in our series-built FH trucks is something that we’re really proud of,” says Claes Nilsson, President and CEO of Volvo Trucks.

With an average speed of 169 km/h and a time of 21.29 seconds, The Iron Knight beat the international speed record for 1000 metres from a standing start. It also beat the corresponding record for the 500-metre distance, at 131.29 km/h and 13.71 seconds. The record run was carried out at a closed-off test track in northern Sweden.GommeBlog.it: Car & Performance