Natural gas is fundamental to our way of life – we use it for cooking, heating, electricity and power. Over 90% of the natural gas used in Queensland comes from coal seams, but how is it formed and how is it produced?//Santos GLNG 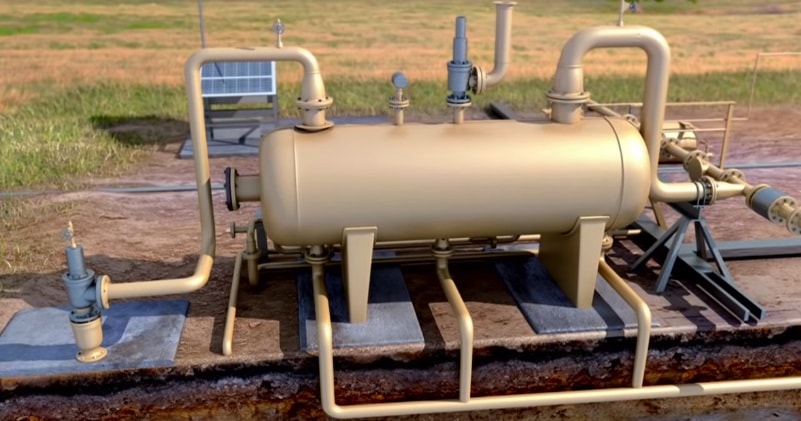 Take a look at how we go about developing our coal seam gas resources safely and sustainably, as we build a new industry that will power the Queensland economy for many years to come.Watch the video from Santos GLNG for more info.

Natural gas is a naturally occurring hydrocarbon gas mixture consisting primarily of methane, but commonly including varying amounts of other higher alkanes, and sometimes a small percentage of carbon dioxide, nitrogen, hydrogen sulfide, or helium.

It is formed when layers of decomposing plant and animal matter are exposed to intense heat and pressure under the surface of the Earth over millions of years. Natural gas is found in deep underground rock formations or associated with other hydrocarbon reservoirs in coal beds and as methane clathrates. Petroleum is another resource and fossil fuel found in close proximity to and with natural gas.