Léon Bollée came from a family of inventors; his father, Amédée Bollée père, was the most important pioneer of steam road vehicles in France.Léon patented a mechanical calculating machine in 1889, gaining a gold medal from the Exposition Universelle held that year in Paris, but soon turned to vehicles.via: yesterdaysnl 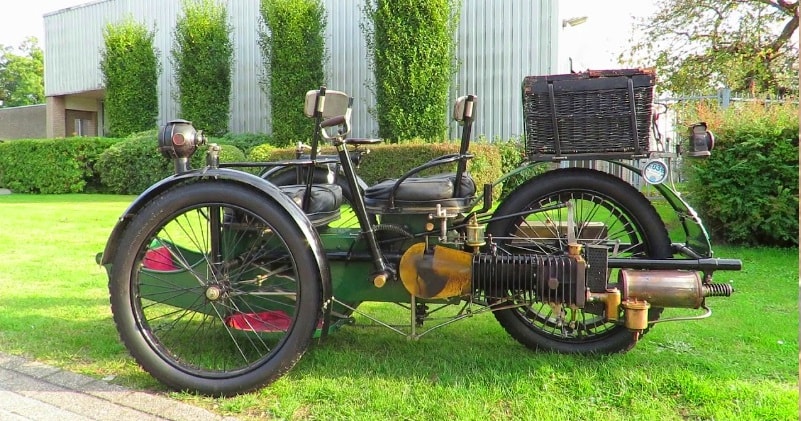 In 1895 he presented a small three-wheeled petrol car that he named “Voiturette”.It was powered by an air-cooled, single cylinder 650cc (3hp) engine with bore x stroke of 75 x 145 mm and employed hot-tube ignition and three forward gears.The Voiturette was at the time the fastest petrol-engined vehicle on the road./read more:  yesterdaysnl

It had a tubular frame with a steel footwell at the front to protect the passenger’s feet from puddles on the road and the driver sat at the rear.This was a practical layout because he could then communicate with his (lady)passenger and still have his eyes on the road.

In 1897 modified versions won the Paris-Dieppe race at 24 mph and the Paris-Trouville race at 28 mph.In 1899 the vehicle was superseded by a 4-wheeler and in 1901 the design rights were sold to Darracq./ yesterdaysnl